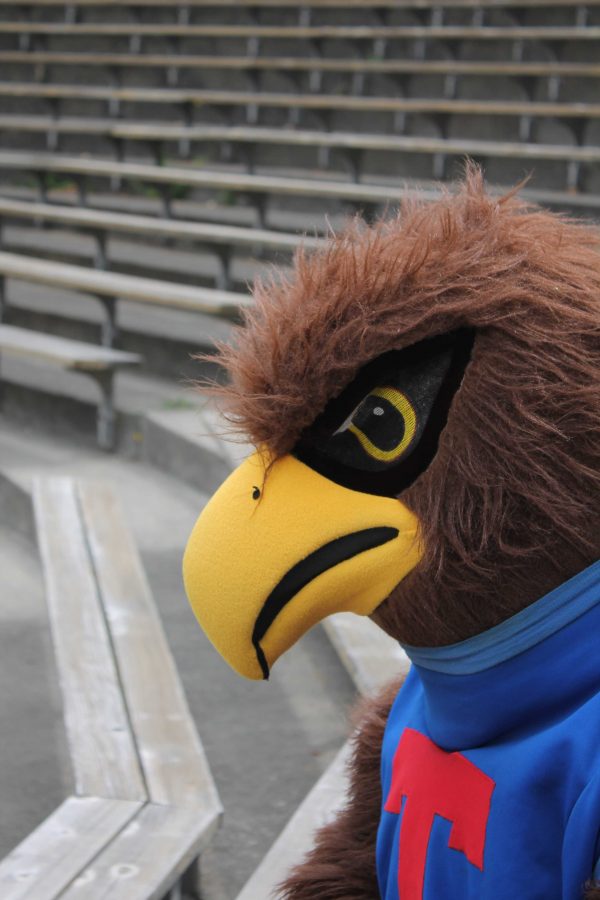 Every year at the homecoming football game the Tam stands are filled with spirited students and members of the community. However, throughout the rest of the year, those stands remain predominantly empty.

This wasn’t always the case. According to Tam alumna and staff member Jewel Barrow, sports used to have a large impact on Tam culture in the ‘60s. “Basketball, football, track… was a big deal. Kids really participated- way more than they do now,” Barrow said.

During that time, large numbers of Tam students would head over to College of Marin to cheer on the football team every Friday night. Nowadays, the only school in the entire Tam District that even holds Friday night games is Drake.

According to social studies teacher Luc Chamberlin, there was a shift in student spirit towards athletics when he attended Tam in the 1990s. “There was a new principal [when I was a student]… She wanted to excite school spirit by getting us all to go to the football and basketball games, and there was a bit of a rebellion against that,” Chamberlin said.

Current sports culture at Tam mimics that of the ‘90s; we still do not place enough importance placed on athletics-based spirit, according to most students. Although sports teams do garner some support, they no longer receive as much glory as they did back in the 60s when fans would crown the stands during a big game.

“There is no Tam school spirit [anymore],” freshman Ellie Evans said. “We don’t cheer on each other at sporting events, or have a majority of participants in school events.” The Tam community’s attitude towards the importance of sports seems to be changing in a busy environment filled with many opportunities to pursue other interests.

“It’s good that we aren’t fully focused on sports, but we need to work on having more school spirit in general,” sophomore water polo and baseball player Spencer Wirth said. “It really affects the way the team plays. If no one is there to watch… then why are we playing? Teams feed off the energy the crowd is generating, so if its not there its almost like we are missing a teammate on the field.”

Leadership advisor, varsity basketball coach and social studies teacher Tim Morgan also emphasized benefits of a spirited crowd. “As a former player and as a coach I definitely think [the crowd] pushes us through our bigger games and victories,” Morgan said. “So the more [support] you have, the more the guys or gals get pumped to be out there.”

However, many Tam students feel that they are being pushed to support Tam athletics, which only fuels their disdain and discourages them from supporting the sports programs. “There’s a con in [school spirit],” freshman Josh Pilcher said. “[It creates] pressure to go watch a game or to support someone else, when you may not have the time for that or you might not even want to do it.”

Chamberlin agrees that an unwanted pressure to support our sports teams is still present today. “Trying to get [students] to go out to sporting events and support the teams, it just feels very forced,” Chamberlin said. “It’s not [necessarily] who they want to be as an individual as they’re going through adolescence. They want to follow their own passions.”

To fulfill different student interests, there are a variety of programs at Tam. “I have massive amounts of CTE spirit because that is the part of the school I feel connected to,” sophomore Jade Numair said. According to English teacher and Leadership advisor Jessica Variz, Tam students have a very strong sense of spirit and ownership to their particular groups. “I think that people have a lot of pride in their ‘tribe,’ but what we often see is a lack of interest or enthusiasm for [traditional spirit events].”

Students at Tam are involved in various programs that all have spirit within themselves, but that doesn’t always manifest itself in mutual support among the teams and programs. During her three years in Mock Trial, junior Amara Radetsky has noticed that the program does not mix with sports often. “While some of our members participate in Tam sports concurrent with mock trial, the two entities generally don’t mix. Unless they’re on the team, you usually won’t find any mockies at a sports game,” she said. “However, if extracurriculars like mock trial were emphasized and celebrated [more], school spirit would be more inclusive, and therefore more widespread.”

Because so many Tam students find programs to pursue throughout their high school careers, they feel that supporting school athletics is not relevant to them or their passions.  “No one attends sporting events because the core of Tam isn’t centered on sports,” sophomore Jade Numair said.

For many students and teachers, the image of bleachers filled with dedicated, exhilarated fans is a cliché. “I don’t think that the classic ‘80s movie trope, with social hierarchy, like ‘jocks’ at the top, should necessarily be a goal,” Variz said. “I think it’s about how we make it so that every student at Tam not only feels like they belong to their group, but also to this community as a whole.” Radetsky agrees that Tam spirit is different, as sports are not the driving force. “Tam doesn’t follow the traditional high school social format, so the school spirit shouldn’t either,” Radetsky said.

One theory which addresses this absence of enthusiasm for sports, is a lack of free time students could use to devote to school spirit. “More students would attend more sporting events if they are proud of the school and its accomplishments,” Tam Boosters President Craig Collins said. “However, it must be said that attendance is limited by the busy schedules that are required of Tam students, and that many athletic events happen simultaneously.”

Students agreed. “With all of our homework and extracurricular activities we have to spend our time wisely,” Evans said. “And at the end of the day, when [it’s between] spending the free hour with friends at a school sports game or downtown, unfortunately it’s the latter.”

However, this attitude towards attendance tends to change when Tam is pitted against rival schools. “Everyone wants to show up to games against Marin Catholic, or against Redwood,” senior varsity basketball player Yoav Pantilat said. “When there’s that competition with rival schools, that’s when Tam kids really become [spirited].”

Some members of the sports community at Tam agree that students from various extracurricular activities do not support each other as much as they could. “You never really hear an athlete trying to get people to go watch a mock trial competition or wanting to go watch a band performance,” Wirth said. “I’m sure there would be a bigger turn out to performances or competitions if sports teams gave back as much support they get.”

Chamberlin agrees that all programs should support each other. “I would try to ‘cross pollinate’ as much as possible,” Chamberlin said. “Let every kid know everything that’s going on everyday so that they can go to a play or sporting event or club meeting or whatever else and join in as much as possible.”

While Tam High may never have ample spirit for sports, that is not necessarily a bad thing. In the end, school spirit is not only defined by how many students show up to events, but by overall school pride, which can surface in a range of contexts.

“It’s important for students to be proud of their school, because then they will do whatever they can to make sure it’s a great place,” senior Carla Cardamone said. “That’s all I can ask, that students are proud of where they go.”

“It really affects the way the team plays. If no one is there to watch… then why are we playing? spencer wirth

at the end of the day, when [it’s between] spending the free hour with friends at a school sports game or downtown, unfortunately it’s the latter.” ellies evans freshman

“I think that people have a lot of pride in their ‘tribe’, but what we often see is a lack of interest or enthusiasm for [traditional spirit events].” jessica variz