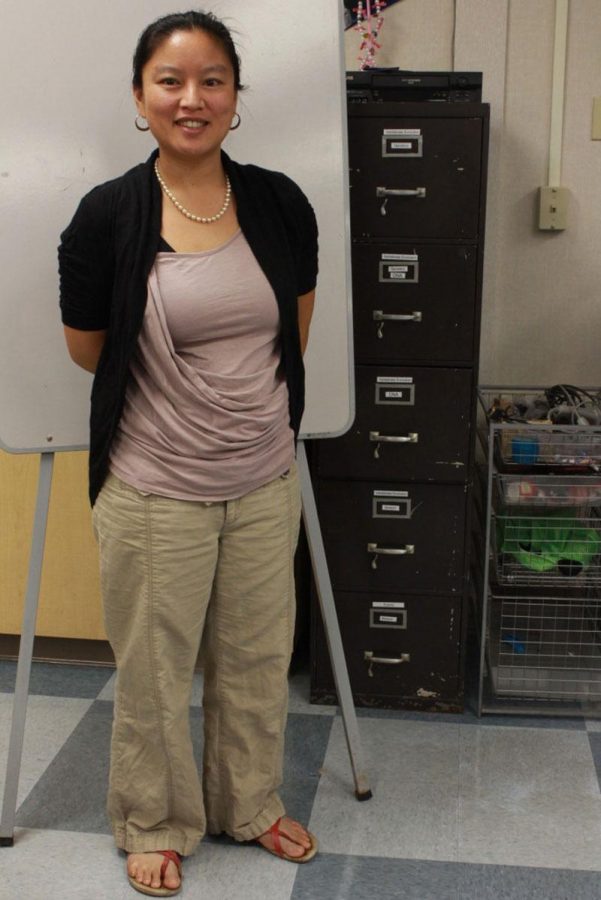 Integrated Science 1-2 and 3-4 teacher Ginnie Chu has been struck by the unique and creative nature of Tam students. “I’ve never taught at a school that’s this big, and so I feel that there are many pockets of different things happening all at the same time. In general, I’d say it’s a very progressive community, or the culture is. People do care about the community and making a difference and they have unique identities for themselves,” Chu said.

Her admiration for individuality isn’t surprising, considering her own career. She’s worked in the wine industry, as an environmental scientist, and apparently everything in between, as she was both a snowboarding and rock climbing instructor. “But for some reason,” Chu said, “all roads led back to teaching.”

One particular road to the country of Jordan led Chu to teaching at Tam, as it was on this trip that she first heard about the Tam District. Two Drake teachers mentioned to her that it was a great and supportive place to work. Her own impression was that there was a lot of transition going on and that the campus was beautiful, especially since it was right by the ocean.

Chu worked at Walker Creek Ranch for 4 years and has taught both middle school and high school in Santa Rosa and Calistoga. She has been teaching for about 8 years and attended Woodside High School and U.C. Berkeley.

Currently, Chu’s 20-month toddler occupies most of her free time, but she hopes to later continue coaching tennis and soccer. Other ways she plans on getting involved with the Tam community involve becoming a club advisor and engineering a new class.

“I’d really love to teach a class that’s a combination art science class, so that it would work with an art teacher in sciences that are applied, such as making something like glass medical models, like a glass heart, there’s actual jobs where people do that. Or it could be like making ceramic anatomical body parts. Or it could be an animation on how to make an animation of microbiology or molecular biology and learning how to do that. Because I don’t know how to do the animation part but I would understand the science behind it, and then kids who are really into art can use their knowledge in science to make art.”

Chu describes herself as a laid-back teacher, but one with high expectations. “As a teacher, I think that if students feel they have learned something and have grown personally and intellectually, that is success. And then as a student I’d like to see them have skills to actively participate in society in any way they want to. So that could be like:  How do I start initiative to get on the ballot if I feel strongly about something in government? Or, how can I solve serious health issues in society? And what can I do? So having the critical thinking skills and initiative to do those things and finding the resources.”

To achieve her model of success, Chu says, “I focus on the five c’s in my class: collaboration, communication, creativity, critical thinking, and community building. And I focus heavily on community building, so a big part of that is that we don’t have all the skills to do everything that we want to do but we rely on our community to help lift us up. So we need to learn the skills to lift each other up.”

Chu’s favorite part of teaching is watching her students develop into adults. She loves how proactive the students at Tam are in communicating and seeking help. As for her own goals, “I would like to be, at least for one student, remembered as a teacher who cared about them.” Chu said.