Bowman’s Perspective on Eating in the Library 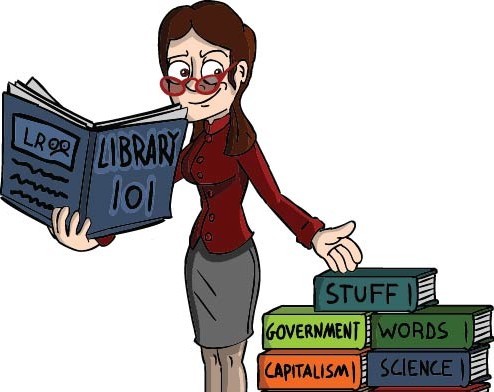 In light of recent frustration with library policies, librarian Mellisa Bowman sat down with Tandis Shoushtary to comment.

On past work experience:

My transition year before Tam, between Texas and Tam, I worked for San Francisco schools, and that library was so lax…It was obvious from the state of the library that they were allowed to eat…because I found food all over the place. In fact it was so bad that the books had been infested with insects and anytime you wanted to pick up a book you would find bugs coming out…And I ended up, with the blessing of the library director, we got rid of the books. We threw everything out, hundreds [and] hundreds of books, and started all over again. We got a new collection…And especially in [the Tam] backroom, we have a lot of rare books that concern Marin County’s history and San Francisco Bay’s history. A lot of stuff that is out of print. So I feel responsibility to put reasonable protections, like the food rule, in place.
On student reactions:

The procedures are completely in line with every other high school that I worked with…What seems to be different here is that we are open during lunch, and I think that where some of our conflict is, because people are hungry during lunch and they should go eat. If they don’t eat, they…are going to be angry with the new situation that doesn’t give them much food.
On why drinks are allowed in the library:

[The rules] are not new. There were signs up when I came here, that said ‘no food and no drink’ and I decided that the ‘no drink’ was not something I felt the need to enforce, because I mean I come in with my coffee all the time. I’m not [going to] make a rule that I’m not going to follow.
On restricting the backroom during lunch:

The [restriction of the] backroom — that is new. True. That was actually upon recommendation; it wasn’t my idea. I was finding people…who were out there having a picnic basically. It wasn’t a first time offense either, this was like the third, fourth, fifth time, because Mr. Goto is doing his thing, he doesn’t necessarily want to police things. I don’t want to police things, but I just feel it’s necessary, I just feel very committed to that. That’s me, we are all different. I was like, oh my god, this is getting out of hand. And I was like, well obviously they are going back there to eat…It had gotten to the point that I would walk into the backroom, correct people, go out for two minutes, come back in, and it’s still going on…So I asked the other librarians in the district, because they have the same policy, no food, in fact they don’t even allow drinks, and one of them suggested you should close off that backroom because that will send the message.
On the results of closing the backroom during lunch:

Even though we are a little crowded and a little uncomfortable, everything has been pretty good since then. So, you know I gotta say it’s working. I mean, I would rather everyone wouldn’t be so crowded and uncomfortable, but I’m finding my stress level has gone way down, I mean wow I can actually look at the computer once in awhile and not listen for that paper wrapper rustle. It’s like, oh okay we are kind of doing what we are supposed to be doing now. I still [no food] see signs being snatched and I can tell there’s still some anger issues. Every now and then someone writes me a little message on a sign, and I go and replace it, [so] that tells me that I still have to do it this way. And once I’m certain enough of us have changed, gotten used to it, that we understand, I’ll probably open [the back room] up again. People are still upset, and I understand…I don’t think I can do anything about it other than let them heal for a while, and get used to the idea.  There are bigger things to get angry about. [Note: since the interview was conducted the backroom has been re-opened to students during lunch as a result of student complaints.]
On possible solutions:

I would like to say eat first, then come to the library…And also consider if they really need the library to get their assignments done…What I’ve noticed is a lot of them are just really needing the tables. So there is the student center and…that might be a space to consider, because that’s obviously food friendly. I wonder if the student center would be willing to house some textbooks.  Because I’ve noticed that’s primarily what people use. People are not checking out books during lunch. So I don’t think the issue is access to the collection. I think what they want is a big space..I don’t want to keep people from eating.