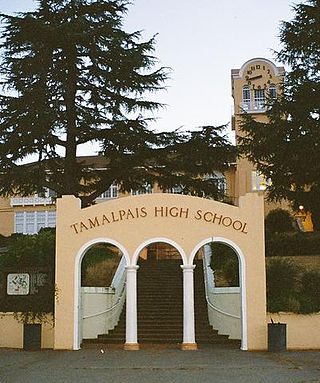 The Tamalpais High School District community discussed the status of former Tam baseball coach Scott Osder, critiqued the English language learner program, reviewed the budget, and added workshops to the 2016 board schedule at the November 17 board meeting.

Many Tam baseball players were present to discuss the firing of Osder this fall. Junior Jack Harris and Tam news reporter Ethan Lawrence spoke in support of re-hiring Osder. The majority of the parent comments period were for the rehiring of the baseball coach. “We strongly urge you, and the district board members to use your positions as leaders to work with us,” Laurie Fineman, parent of a Tam baseball player, said.

Another parent, Nejat Düsgünes, discussed drug abuse at Tam, particularly the prevalence of alcohol in the drama department.

Tam English teacher Michael Levinson presented on the state of the English Learner program, to which Futterman observed, “It sounds like we’re not succeeding.” This spurred a discussion involving all board members, Levinson, and Drake trustee Jessica Nolan on the effectiveness of the program and different teaching methods, with a consensus that the district is not meeting goals or self-set standards for educating EL students. “We are not [providing support] right now,” Levinson said. It closed with some specific solutions, such as fewer segregated classes, and acknowledgement that this is a difficult problem to solve.

Later in the evening, Sally Swan presented budget changes from June as of October 31. The unrestricted revenue remains unchanged. Teachers’ salaries and benefits are down in terms of spending, but catagories service and operating expenses.

Superintendent David Yoshihara and various board members reported on their time at various high schools. They all reported to have enjoyed watching sports, particularly water polo, and Yoshihara particularly enjoyed CTE’s production of The Cherry Orchard.

The next board meeting is December 8, and will be the first with new trustees Leslie Lundgren and Barbara Owens replacing Cindy McCauley and Bob Walter.