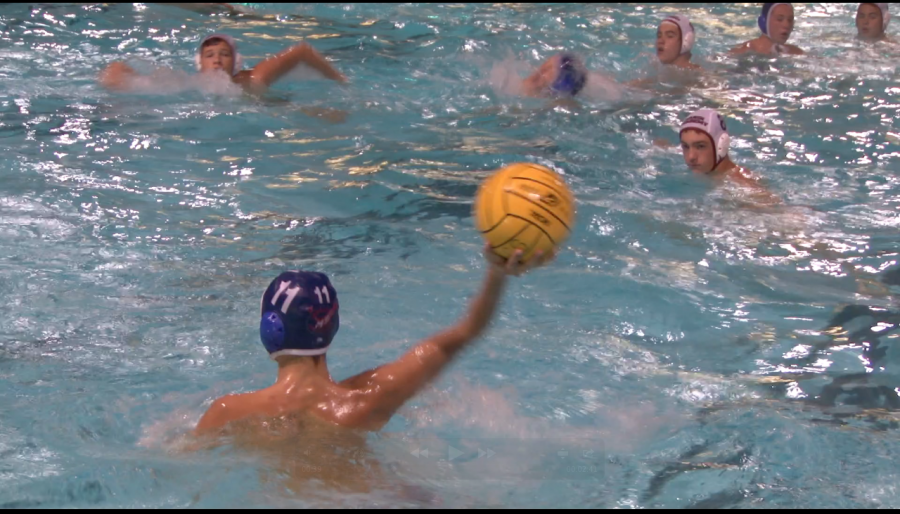 Ever wonder who the man in the goal on the Varsity water polo team is? Well his name is John Luster. As a current Sophomore, Luster began playing water polo his freshman year after being encouraged by his sister, who plays for Marin Catholic, to join the team. “At first I didn’t really take it that seriously, but after the season started I realized how much I liked it and how positively it affected me,” he said.

Water polo has some of the toughest conditioning in Tam sports and can even turn kids away from playing the sport. “I was so tired at first and even in the first few minutes, I was already thinking about quitting. I promised myself that I wouldn’t quit until I really tried it out,” said Luster. Like almost everything with practice, he began to see improvements. “After the first few practices, I started getting used to the difficulty of them and started getting into better shape and that’s when it started getting fun. By then I had already made friends which was definitely an added bonus,” Luster said.

In the winter, he plays soccer where he plays goalie as well. “I play goalie which means that every single goal they score goes through [me]. This is part of the reason why I chose it. I really like having that power. [Playing goalie in soccer] made it a little bit easier of a transition,” Luster said.

Towards the end of the semester, he is moving to Italy and is going to try and find a team to play on there. The Tam water polo team is traveling to Hungary, so Luster wants to meet up with his old team and play with them for the two weeks that they are there. “I really like everyone on my team. They all have such wonderful personalities and it’s really easy to connect with them,” he said.

Along with his teammates, he enjoys playing for his coaches and hearing their stories about Tam decades ago. “ I think my biggest role models are my coaches Bob [Kustel] and Ryan. They both played at Tam and I really think that their stories about Tam back then are really similar to today which makes it easy to look up to them,” Luster said.