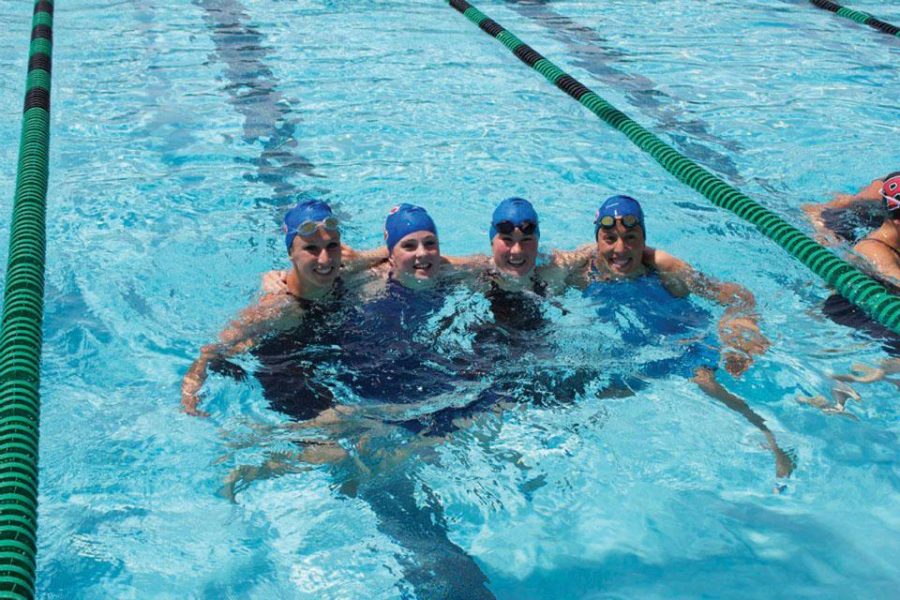 Senior Annie Whalen is on the girls’ varsity swimming team, and has been a part of various leagues throughout her swimming experience. I asked her a few questions about her past in the sport and her plans to continue.

Q: How long have you been swimming (how did you get started)?

I’ve been swimming for about 13 years now. My sister had been doing it for a while before me so I think it just made sense for me to start. We were on the Strawberry Seals, which is by far the best team in the Marin Swim League. Hands down. Up until I was 10 or 11, swimming was just a thing that my parents could drop me off at for a little while. A lot of my friends from school swam too, so really it was just like having a big playdate every day.

Q: What is your favorite thing about swimming?

My favorite thing about swimming…It’s cliche no matter how I say it, but it would have to be the social part of it all. I swim with some of my best friends – people that I’ve known and gone to school with since I was five. Which is pretty cool. I think that anyone who’s ever been apart of a team of any kind would agree that doing something that you love with a group of people who love the same thing is really a lot of fun. For me personally, being on the team that I’m on now means that I’m seeing the same people 5-6 times a week, sometimes very early in the morning. We’re all moving through the hard workouts together and because of that, you form a close kind of friendship with those people. That’s the other thing too; it’s really, really hard and I absolutely have days where I would rather be hit in the face with a shovel that put a suit on and get trashed in the pool for two hours. But the people are why you stick with it at the end of the day.

Q: What are your plans with swimming in the future?

As of right now, I’m not really sure. I’m waiting on a school to get back to me and if that works out, then I’ll be swimming for a D1 team. If that doesn’t work out, then I’d continue swimming with a club team or something.

Q: How have you contributed to Tams’ team?

Tam does pretty well in dual meets. I’m not positive but I think that for three, almost four years that I’ve been here, we usually win all of the dual meets except for Redwood.

Q: What is one of your favorite memories in the pool?

I dont really have any favorite memories in the pool. I mean, it’s always nice when you do well in a race or when you get to watch someone else have a great race. Getting out after practice doesnt suck either.

Q: What is one of the things that you will miss about tam high swimming?

The team, as a whole. It’s a lot of fun just getting into the pool after school. The atmosphere is pretty relaxed too.