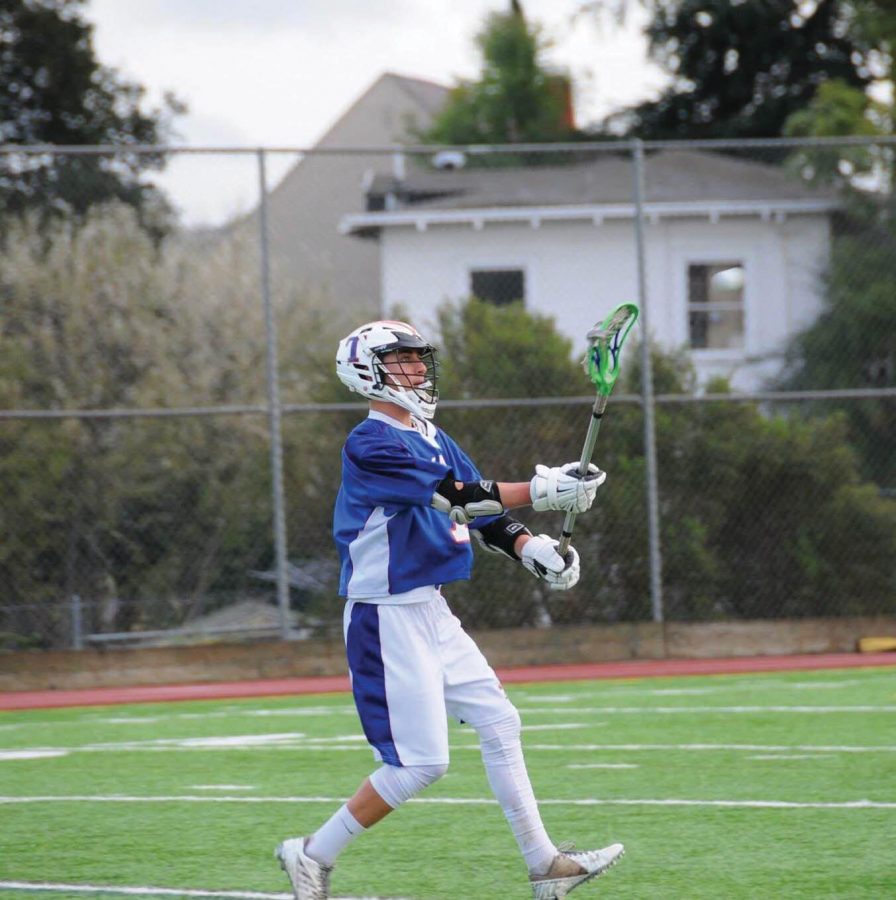 At the age of nine years old, junior Hank Taft was introduced to lacrosse and found an eternal love for the game. He recalls an early memory when he was very young. He was playing on a lacrosse team called Wolf Pack and his dad was coaching.

“We ended up doing really well and beating our rivals, which was the team from Ross Valley,” Taft said. “It was just so intense and I got to know my team so well that I really sort of fell in love with lacrosse.” Now, midway through his third season on varsity, Taft loves the game just as much as he did when he started.

Taft also benefited from strong encouragement coming from his father. “My dad played at UCLA and he’s pretty much the whole reason I play lacrosse today,” Taft said. “He’s really knowledgeable about the game and he’s always been a role model for me when I play lacrosse.” During Taft’s freshman and sophomore year his dad helped out with the high school team but this year they had a “pretty complete coaching staff,” according to Hank, and didn’t need his help that much.

Whatever he does it all relates back to one word. Focus. “The game is very fast paced and high tempo,” Taft said. “I do my best to stay focused during the heat of the game. During bigger games sometimes nerves start to come in but normally I’m pretty calm. I do my best when I’m calm.”

Taft loves beating his opponents just as much as he enjoys skiing in the offseason, but according to his coach, Scott Jennings, Taft’s biggest enemy is himself. In a recent lacrosse game against Cardinal Newman, Taft missed the goal and turned the ball over causing him to get angry. “I hold myself to a high standard and I don’t think I should be turning the ball over,” Taft said. He remembers his coach pulling him aside and telling him, “When you’re angry you are your biggest enemy on the field.” Later that game Taft ended up scoring multiple goals and Tam won.

Taft admits that he is not the type of guy to give the motivational speech. He’ll leave that up to senior Giancarlo Lobo. But he does say he tries to lead by example. “I like to be more of a leader on the field,” Taft said. “When I see things on the field I try to give players advice.”

Taft is unsure if he is going to play division one lacrosse but he does know that wherever he goes, his stick will surely follow. “Whatever college I end up in, I think I’m going to want to be on the lacrosse team, Taft said. “I love lacrosse so much. I want to keep it going in my life.”