Athlete of the Issue: Nick Kennison 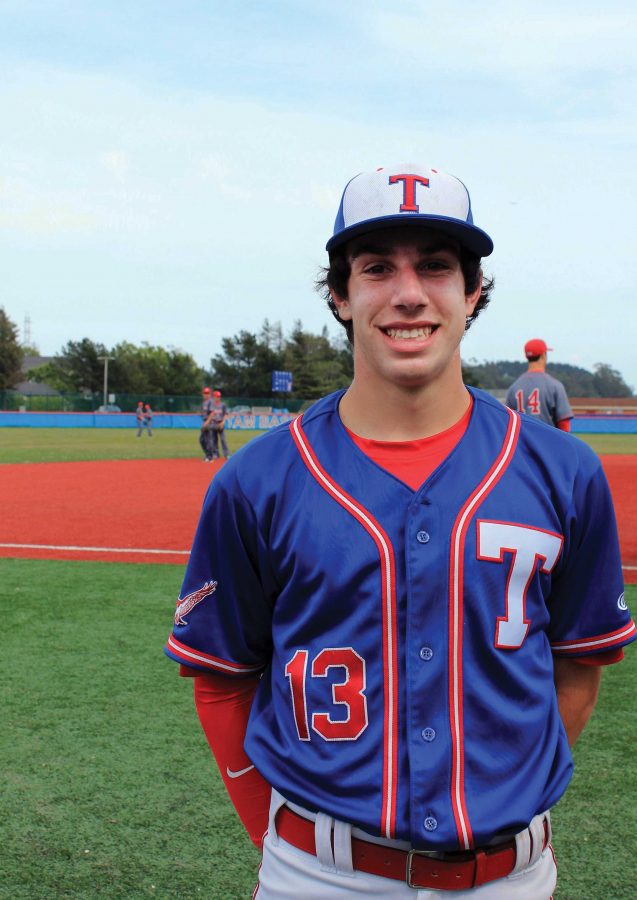 The varsity baseball team sits third in the MCAL league standings with an overall record of 11-8, as of May 4 with hopes of continuing to play well in MCAL. A vital part of their success this year has been starting pitcher, junior Nick Kennison.

Kennison began playing baseball at age four. “Both my parents had played baseball and softball when they were younger so they signed me up for all the sports when I was younger,” Kennison said. “I liked [baseball] because I was always really small growing up and it was nice that you didn’t necessarily have to be the biggest kid to be the best .”

In 2013, Kennison moved from Seattle to Mill Valley. He described how was made easy through his involvement in school sports, such as football and baseball, where he was able to meet new friends. Kennison played on the freshman baseball team at Tam. The next year, as a sophmore, he moved up to varsity.

“The transition between freshman and varsity was really tough because obviously there is a big difference between freshmen and seniors. The speed of the game in general is just a lot faster,” he said.

Kennison has since solidified his spot in Tam’s pitching rotation and has relished the opportunity. “It has been challenging definitely to throw a lot more innings than I have in the past, but its been really fun and I have really enjoyed getting to play a lot,” he said.

Coming into the season there had been questions and controversy surrounding the baseball program due to the unexpected firing of previous head coach Scott Osder.

Despite the flared tempers associated with the issue, Kennison said that new coaches, social studies teachers Nathan Bernstein and Aaron Pribble, and volunteer Don Kemper have all done a great job, and that the team has adapted to the change.

“It’s not easy to switch coaches like that halfway through your high school career, but we’ve handled it really well and [Bernstein, head varsity coach] has done a really good job coming in,” Kennison said.

During this period of change, Kennison has taken on a leadership role on the team.

He embodies the philosophy of the program as he leads by example and inspires others through his own actions.

“I knew Nick was going to be great on the mound for us, but he has worked incredibly hard this year to put himself in a position where he also helps us at the plate,” Bernstein said. “Nick is someone I hope the younger guys look at as a role model, because he does all the right things to improve individually and help the team succeed. He brings a phenomenal work ethic, positive attitude, and a competitive attitude that is invaluable to our chemistry and success as a team.”

In terms of goals for this season, Kennison said that the team’s main focus coming into the season was to win either an MCAL championship or an NCS championship or both.

Kennison also has his own personal goal of playing after high school, which he hopes to pursue.

“I would like to play college baseball, but I wouldn’t choose a school just to play baseball,” he said. While Kennison will hope to continue his superb pitching through the rest of the season, he will still remember what baseball means to him. “It’s my favorite thing to do and…. it has taught me that you need to work to get the things you want in life,” he said.