Athlete of the Issue: Lauren Ross 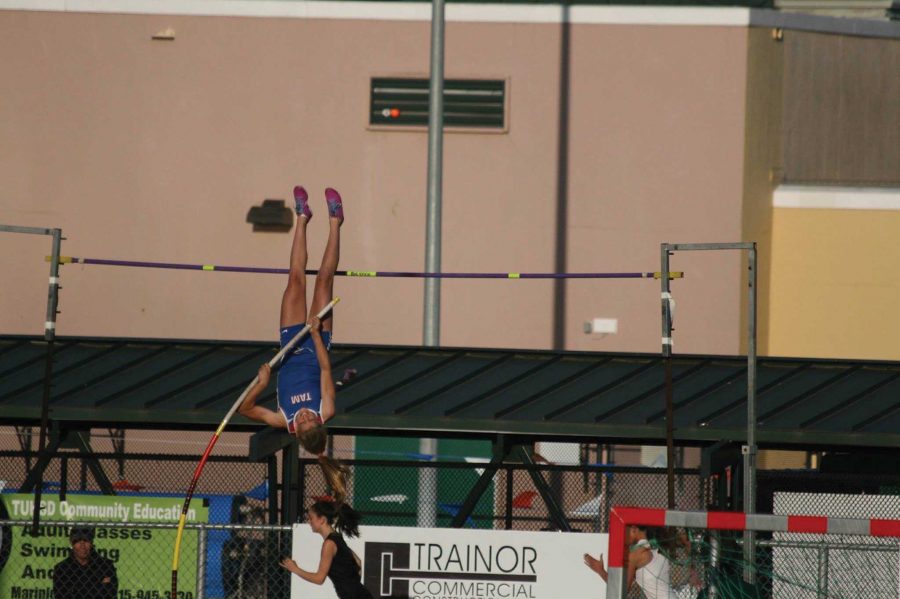 Ross has been a member of the club team at Gymworld Gymnastics Academy in San Rafael for nine years.

Ross competes in all four gymnastic events: bars, beam, vault, and floor. However, she enjoys practicing bars and floor routines the most. “Floor and bars are my favorite because I think I’m best at bars and I like [floor routines] for tumbling and trying new combinations,” she said.

Ross competes in about five meets a year, but allows for ample practice. “It’s nice because you have [a period of time] for working on new stuff, then getting ready for competition, then you have routine practicing, and then you get to work on your stuff, so it’s a nice cycle,” she said. Ross goes to her gym about 14 hours a week but notes that compared to other gymnasts, that isn’t very much time. But most other gymnasts aren’t involved in two other seasonal sports.

This winter, while doing gymnastics, Ross was playing on Tam’s junior varsity soccer team. Ross admits that the time commitment was a struggle this winter, because soccer practice often required that she be late for the gym. However, Ross attributes some of her soccer skill to her experience with gymnastics. “[Gymnastics] has helped me with soccer because I was really small but [gymnastics made me] really strong so I could run faster.”

This season Ross found a great interest and passion for track and field. “I love [gymnastics] but track is fun because I’m using all of my gymnastics skills, and I know how to do a lot,” she said.

Ross was on the Mill Valley Middle School Track and Field Team during her three years there, but participated in different events this year, when she competed in the long jump, triple jump, four by one hundred relay, and pole vault.

Three out of the four days Ross goes to track are also days she has to go to the gym. The different school release times, different gym practice times, and occasional track meets, make it harder for Ross to plan out her days. “I would like to be going to track more, but I can’t because I would be late to gym,” she said. “I have to leave track 20 minutes after warm up on Tuesdays and Thursdays but then I get to go for the entire time on Monday and Wednesday so it’s a lot to think about in the mornings when getting ready and packing my stuff for it.”

This season, Ross has discovered that pole vaulting is her favorite event and has even set some team records on the team. This year, she set the a new freshmen pole vaulting record of 8 feet to 9 feet and 6 inches. At a meet this April, she beat the school pole vault record by five inches with a 10 foot, 9 inch vault.

“I was actually really surprised that I cleared that height,” she said. “It was a really exciting and rewarding feeling to break the record.”

This year, Ross has not considered balancing athletics, school work, and her social life to be a challenge. “My friends are mostly at gymnastics, soccer, or track and I don’t have too much schoolwork,” she said. However, she does think that in the next few years, as her schoolwork becomes more strenuous, she will have to choose between her three sports.

Though she understands that her involvement in sports may become more difficult in the future, Ross is thankful for the her opportunity to compete in all three activities.

“Gymnastics has affected every part of my life from family to friends. I probably wouldn’t be as good at track or soccer [without it],” she said. “Both the physical and mental training I’ve gotten from gymnastic have helped me so much with everything else that I do.