Hawks Look to Exceed expectations on the Grid-Iron 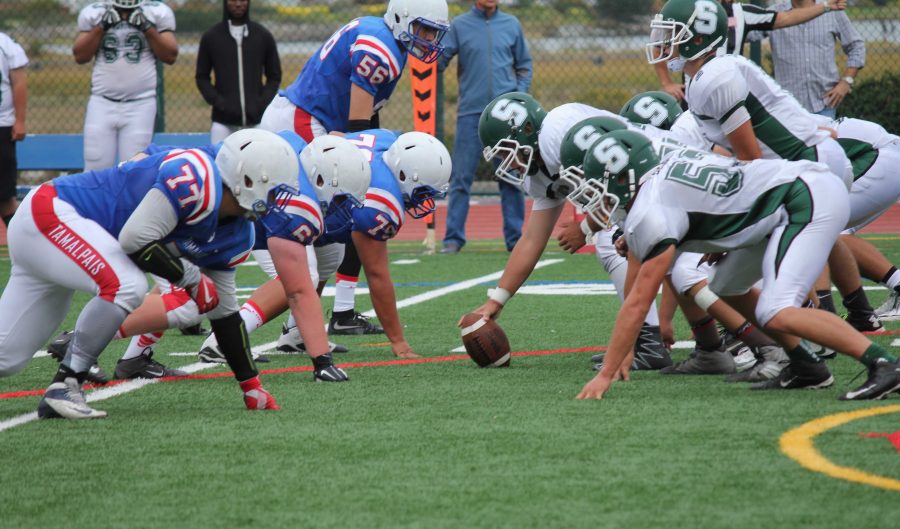 School is back in session, the leaves are beginning to change color, and football players and fans all over the country are gearing up for kickoff. Here at Tam High, this year’s Red Tailed Hawks believe they have something to prove. This team, one that has  lost nearly half of its starters from last season makes up for in heart what they lack in experience.

“We have a lot of new faces, but we also definitely have our strengths,” head coach Jon Black said. “We have a really big line, they’ll move guys well for us.”

The whole team is very excited about the line on both sides of the ball. With a first year Quarterback in junior Jackson Moore, the running game will be huge for the Hawks, and having an effective offensive line is integral in success on the ground.  Headlined by seniors Mason Sapp and Andrew Bishop, and juniors Pedro Mira and Tristan Mitchell, the men in the trenches will look to open holes for star running back Tre’Chaun Berkley.

Berkley is coming off a big junior season. He terrorized MCAL with 927 yards on the ground and 212 yards in the air while reaching the end zone 11 times in 2015.

“I think we have a good chance to be better than we were last year. We have a huge line, and everyone on the team really likes each other,” Berkley said.

Team chemistry will have to be a valuable asset for the Hawks this season as they will be playing without many key players from last season. Every team has to deal with losing seniors, but Tam’s loss in underclassmen fro 2015 is definitely prominent. Perhaps most notable is the departure of senior Jack Harris, who ran the offense as Quarterback during his sophomore and junior seasons. Harris transferred transferred to rival Marin Catholic in January. The Hawks will also be without senior Kenny Quaranta, and juniors Nicki Brass and Ben Whitaker, all three opting to sit out this season. The squad will look to key additions senior Matt Kearney and sophomores Lukas Affeltranger and Sam Uriarte. Junior Jackson Moore will take over at Quarterback. They will open MCAL play at Marin Catholic on September 24.

Senior Receiver and Captain Jack Dickson is quietly confident about his team.

“We’re a young team with a lot of talent. I think that with the help of our coaching staff we can definitely exceed expectations this year.”