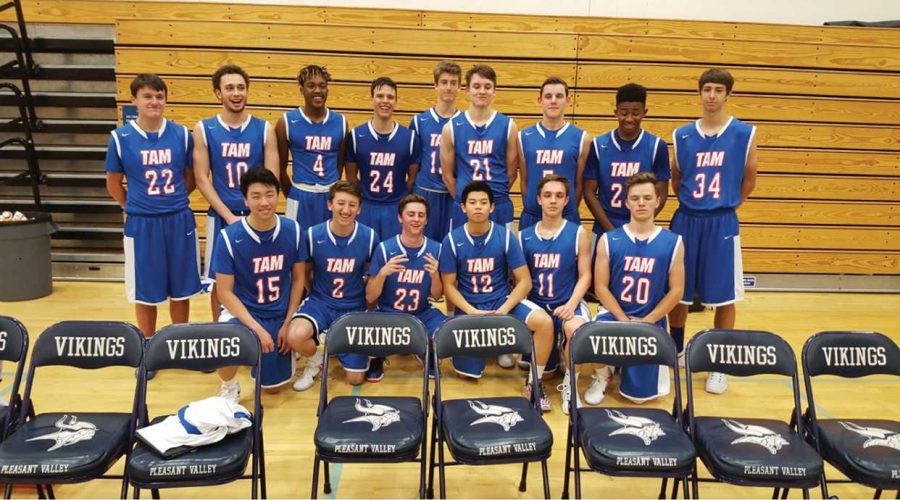 The turning of the calendar means one thing: varsity boys’ basketball season. For years Tam students have yelled, stomped, and even shed blood for their beloved Red Tailed Hawks, ultimately to be let down at the end of the season.

This year, however, there are high hopes. “We’re anxious and excited going into this season,” coach Tim Morgan said. “Our guys understand what our mission is, and we have the tools to accomplish that goal.” That mission is an MCAL championship.

Optimism surrounding the 2017 campaign stems from the team’s combination of experience and young talent. “A lot of guys really grew up this offseason,” Morgan said. “We aren’t really the young team that will sneak up on you like last season, we’re experienced and ready to win games.”

Junior Jack Duboff, coming off an all-league honorable mention sophomore season, will run the offense at point guard. Seniors Jacob Moeller and Jordan Jackson also will play a key role in the Hawks’ new -look offense, which emphasizes getting to the rim, as well as utilizing Tam’s talented deep shooters.

Noah Haynesworth and Ryan Hemmeter are both returning juniors as well, though Hemmeter missed most of last season with a torn ACL. “We’re all really excited, but also really focused on the common goal of bringing home a championship,” Haynesworth said.

The biggest news in the MCAL basketball offseason was Jackson’s transfer to Tam in early March of last year. After three seasons at Redwood and leading them to the league semifinals last year, Jackson is looking to take on a big role for the Hawks. “We have a lot of talent. If we work hard I know we can end up where we need to be,” Jackson said.

Perennial contenders Drake, Marin Catholic, and Redwood will all be in the mix for the title, as will the defending champions Branson.

The boys’ open up the league schedule at rival Redwood on January 3, before hosting Marin Catholic on January 6.