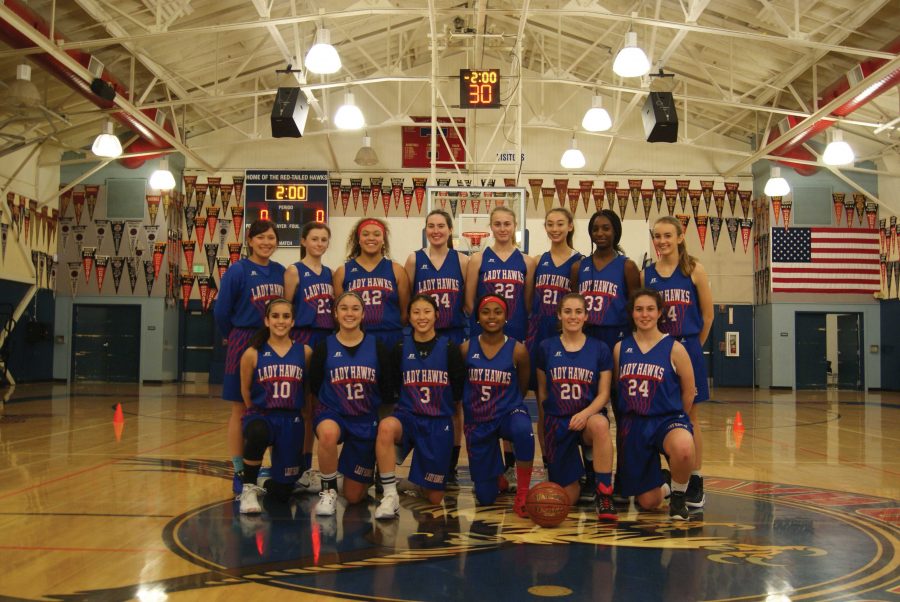 For the first time in their history, the  girls’ varsity basketball team will be looking to defend their MCAL championship title. Returning with a core group of guards and shooters, the team looks to be a force in MCAL again this season.

This year’s team has a unique combination of established stars and promising new faces. Ten girls will return as varsity players this season. Seniors Jaiana Harris, Megan Lee, and Katie Sowerby are all coming off All-League seasons. Other returning varsity players include senior Taualee Lepolo, as well as juniors Ruby Bowser, Catherine Campbell, Kimi Wu, and Kate Finn. As experienced as the team is, they will have a considerable void to fill with the loss of last year’s MCAL Player of the Year, Amari Allison.

“It’s a big loss, but every team loses players,” coach Mike Evans said. “We will need our forwards to step up this year and prove themselves.” Evans is entering his seventh season as head coach. He emphasized that while last year’s championship was memorable, defending the title will not be easy.

“San Marin and Marin Catholic are coming back very strong. The league is going to be competitive, we can’t take anyone lightly,” Evans said. One area where this year’s Red Hawks soar above the rest of the field is their depth at the guard position. Harris, Lee, and Sowerby are all established all-league talents and are looking to enjoy another scoring barrage this winter.

“We have a lot of talent coming back at the guard spots,” Harris said. “We lost a key piece but we also have some new young talent, I think we should be back on top at the end of the season; we definitely can [repeat as champions.]”

Megan Lee echoed Harris’s sentiment. “I’m liking the way the team is shaping up so far, we have a lot of new talent and size that will help us fill Amari’s spot,” Lee said. “It’s early, so we’re still working on playing as one, but I am fully confident in our ability to repeat as champs.”

The Hawks are also youthful, carrying freshman Olivia Ali and Ashalia Dawkins on the varsity roster.

The new look Hawks are just as threatening as the 2016 championship version. Don’t sleep on these Red Hawks; they might just hoist another pennant come late February.