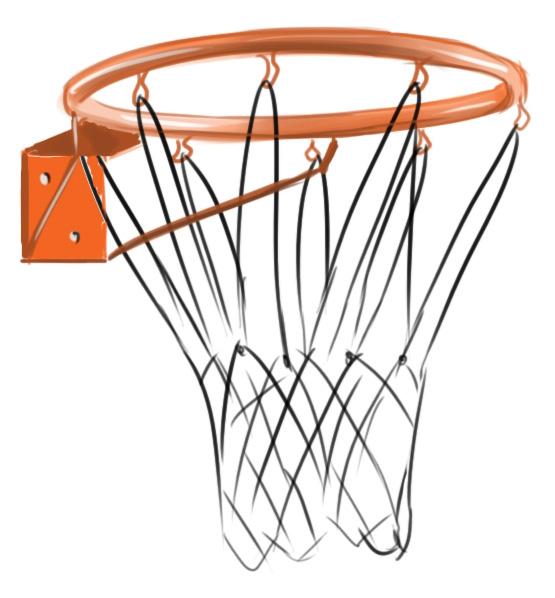 By Zoe Wynn and Zoe Wynn

Ask a student about Tam school spirit at basketball games and they’ll  probably describe the atmosphere as electric. Masses of people line up at the door waiting to get their hands stamped so they can run onto the bleachers where they will remain riveted for the next four quarters. The bleachers are fully packed, fans are screaming chants and jumping up and down in unison.

Boys’ basketball games are like this, but the girls’ games aren’t. Fewer students show up to support the team, and the atmosphere is diminished. For years, there has been a major gap between the attendance at boys’ games and girls’ games.

“You can see the difference on how many people show up,” girls’ varsity basketball and junior Ruby Bowser said. “People just get there early to get seats for the boys’ game.”

This trend is apparent to not just the girls’ team but also players on the boys’ team. “I can definitely see a big difference. Our coach says we should be at the game at six to get our minds right and we can tell that there are a lot more people at our games than girls’ varsity [games],” varsity player Noah Haynesworth said.

There are a multitude of potential reasons for this gap in attendance. A boys’ varsity player who requested anonymity said there is only one explanation: boys’ games have better quality basketball.

“There’s nothing behind it; someone always thinks there’s something behind it. The quality of boys’ games is different. Anybody watching it knows it’s true,” he said. Bowser acknowledges this perspective. “I think it just depends on who can dunk,” she said. “People just go to see a show… Most girls can’t dunk.” Despite this, Bowser is still disappointed. “At this point I think it’s kind of sad that I’m not surprised by it,” she said.

This isn’t to say that the boys’ team isn’t supportive of the girls. “The guys support us a lot when they are at our games. They have to get there early for their games but when they are there, they are cheering for us,” Bowser said.

There are varying views on the boys’ basketball team about this issue. “Personally, I don’t think there’s a reason.” Haynesworth said. “Talking talent and the performance of boys’ varsity and girls’ varsity, I think the varsity girls are very good and they have what it takes to have as many people at their games as we do at our games,” .

Senior Sam Spiegelman only attends games because of the large number of students who are going to cheer on the boys. “I really only go to the games because it is really fun with all of the people there and more people go to guys’ basketball games,” Spiegelman said. Senior Sabrina Haechler believes that dunking does play into the excitement of these games. “When Noah dunked at San Rafael everyone was super hyped about that but girls just don’t do that,” she said.

Although there are more fans at the boys’ games the girls remain tied for first in the Marin County Athletic League (MCAL) with 9-1 a record. The boys trail closely behind the girls’ at 7-3.

“When we won [the championships] and the boys lost in playoffs, people would come up to me and be like ‘did you see the boys’ team lost? How did you guys do?’” Bowser said. Lee believes that people don’t care about as much their team. “[Some people] know we won the championship but that’s all they know. They don’t know how we play or when we play,” she said.

Bowser is also upset by the fact that the Tam cheerleading team only cheers at boys’ games. “Cheerleaders don’t even cheer for us,” she said. “[Cheerleaders are just] putting on a show for [the boys’ team] which is totally sexualizing cheerleaders.” Junior cheerleader Raven Twilling understands the frustration from the girls’ team. “I wish that we could cheer for both teams, and I know that every girl on the team feels the same way,” Twilling said.

As far as Athletic Director (AD) Christina Amoroso has remembered, the boys’ have always had the 7:30 game time slot. “As far as I know, the 7:30 slot the boys’ have played there since I have been AD. This is my ninth year.” Amoroso said. Amoroso knows that there have been some discussions on finding a solution to this problem, “There has been some discussion at the [MCAL Meetings]. [The board of managers] have talked about either moving or changing the days of the week that the boys’ and girls’ play”

On the surface it might appear that students simply don’t show up for the girls’ team. What’s the big deal? The problem is this trend continues among professional athletes. In 2014 the average salary for a WNBA player was $72,000 while the average salary for a NBA player was $4.9 million. These numbers prove that long-standing gender stereotypes still appear very obviously in our society. Maybe the girls’ games should be played at 7:30. We should support the girls’ basketball team just as much as the boys’ team. Because ultimately, that is how change starts.