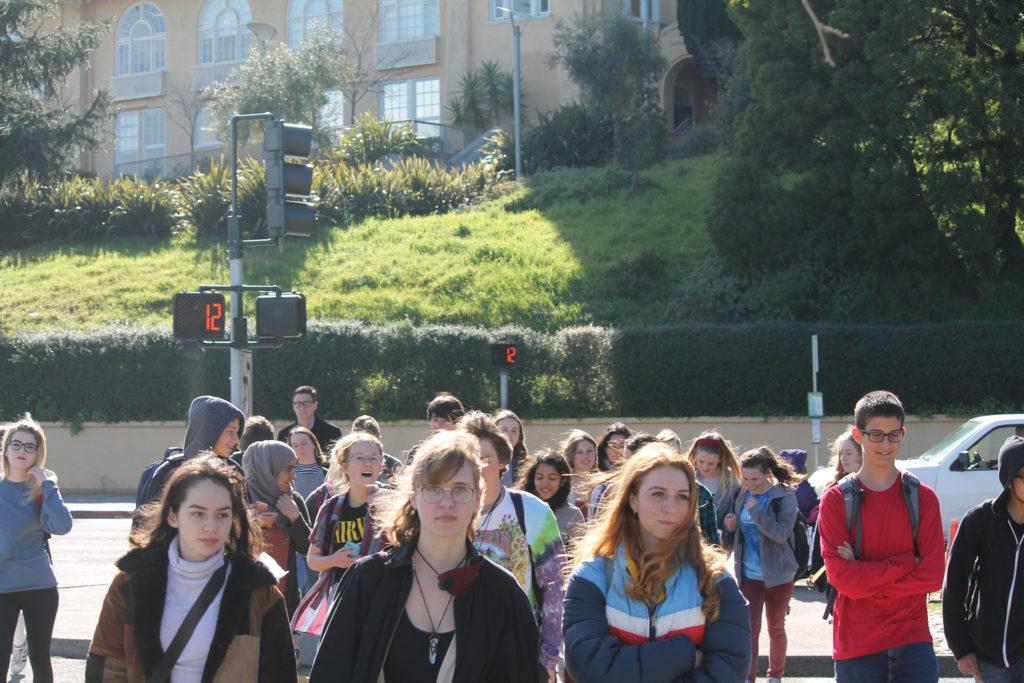 By Marie Hogan and Raqshan Khan

On January 30, 31 students staged a walkout during sixth and seventh in protest of President Trump’s immigration ban.

After gathering in front of the school, the students marched to Mill Valley’s city hall, where they wrote letters to California’s senators and met with the mayor.

“We know people personally who are affected by this,” Gilles said. “I really think it’s important to not only show up for issues that are important to you…but to other people too.”

Tam’s administration became aware of the march earlier in the day and sent assistant principal David Rice with the students.

English teacher LesLeigh Golson, who helped to mediate communication between students and administrators over the march, was supportive of the students’ action.

“Seeing students empowered to take action for what they believe in … is a great idea,” she said.

Many students cited anger at the ban and a desire for action as reasons for their participation.

“As a Muslim, I’m pretty upset and angry,” junior Aaquib Ishmael said. “Of course, I’d be very happy if this whole ban was lifted….We each have a voice to stop the evils happening in our government. Obviously it’s not going to change overnight, but every person that has a voice makes a difference.”

Others expressed shock that the ban had gone ahead.

“It seems unreal, almost, that something like that could happen,” junior Joe Rico said. “I feel like the [immigration ban] goes against what America stands for.”

Upon reaching city hall, the students sat in a circle outside of the building and discussed what had brought them to the march, before writing letters of protest.

Mill Valley Mayor Jessica Sloan was informed of the student gathering and came to talk to the group. Sloan congratulated the participants on their involvement in civic actions and invited the organizers to a planned city council resolution in denouncement of the immigration ban.