Beginners Guide to Being a Sports Fan 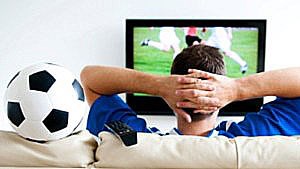 Sports, and the culture surrounding it, are worshipped by hundreds of millions of Americans and billions worldwide. Because of this, from the outside looking in, being a sports fan can seem self-serious and even intimidating. For those who haven’t been immersed in the sports community from a young age, it may appear harder than it really is to become a part of the community, while still avoiding accusations of “bandwagoning” or being a “fake fan.” This comprehensive guide will detail how to transition from being a clueless outsider, to a fanatic that can tell you their favorite players dog’s name, in just days.

The first and most important step to entering the world of sports is choosing a team, or even player, to engross yourself in. For most that became fans at a young age, this was just the team that was either geographically closest to them, or the team that their parents supported. The geographic route is, in most cases, the best route to go. But for example, people who live in the Bay Area and decide to become Warrior’s fans out of the blue may face accusations of “bandwagoning.” “Bandwagoning,” or becoming a fan of a team that you previously had no connections to, right as they become good, is sacrilegious in the sports world, and is punishable by vicious roasting. Another alternative route to go is choosing a random, mediocre or even bad team to invest in for the long run, so that when they finally do become good, you can boost your true fandom. The flaw in this route is that if you choose a truly horrendous team, like the Cleveland Browns, or, until recently, the Chicago Cubs, you may end up waiting your entire life for them to become good.

Once you have chosen which team to pledge allegiance to, you must begin step two: research. Begin by learning the basics of your new team, such as star players, rivals, and the team mascot. The best way to find the bare basics is by going on something simple, like the team’s Wikipedia page. Once you know the basics, get caught up on what is going on currently with the team, things like upcoming matchups, trade rumors and injuries. This information can be found in articles in Sports Illustrated, ESPN and Bleacher Report. Finally, research the team’s history: past championships, star players and other miscellaneous significant events, like relocation or name change. Make sure to memorize a few particularly obscure or irrelevant factoids for the sole purpose of being able to call your friends “fake fans” when they can’t tell you the answer. It is imperative that you complete step two, or most of it, before going public to friends or family with your new team. Announcing loyalty to a team unprepared can result in extreme shame and embarrassment, and leave you not taken seriously as a fan.

The third and final step to becoming a real sports fan is actually becoming the fan. First you must follow the team’s Instagram and Twitter accounts and turn on push notifications for the team from apps like ESPN and Bleacher Report (As a bonus you could follow your favorite player’s account too). If and when your team makes the playoffs or wins a championship, post obnoxious, braggadocious pictures that lack even an ounce of class or sportsmanship. If your team loses an important game, or loses on a questionable call, post even more obnoxious paragraphs, chalk full of meritless excuses and death threats to referees. If you have the means to do so, buy jerseys and shirts and hats supporting your team. And for the final and most important step of the whole process, actually start watching the games on TV, and going to the games in person if you can. This is when the grind of picking and researching your team will pay off, and you can actually begin to enjoy your team and the whole idea of being a sports fan.