Athlete of the Issue: Isobel Wright 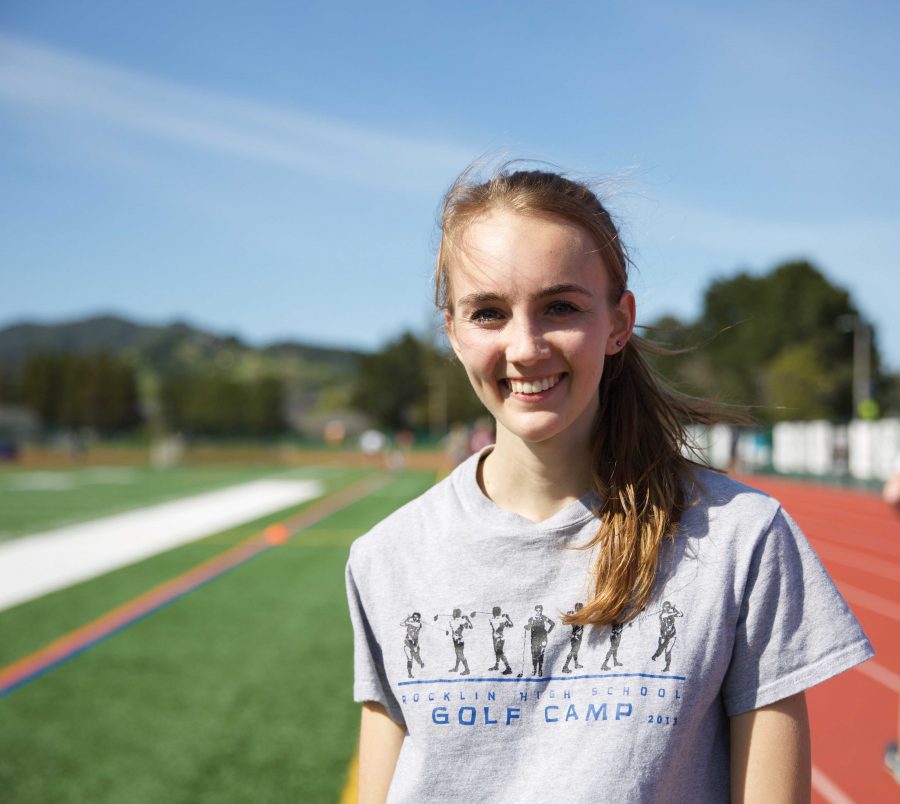 Senior Isobel Wright will be a part of the Wesleyan University track team as a high jumper come next fall. Wright attributes her passion for high jump to joining track in eighth grade.

“[The Mill Valley Middle School track coaches] made you try all the events, so I kind of got dropped into high jump, and it just clicked,” Wright said. She continued on to excel at high jump, and is currently attempting to break Tam’s school record, which has been 5’3” since 1978.

“I want to jump well for [Coach] Jess [Poulin], who’s put a ton of time into training me,” Wright said. “She dedicates a lot of time to helping the high jumpers on the [Tam] track team, so I want to do it for her, and to score points for the team.”

In order to achieve that goal, Wright, with the help of Poulin, developed a routine she executes with each jump.

“Right before, I just try to focus on my technique–what I need to work on in the jump. Then as soon as I step onto the mark, Jess just wants me to clear my mind and don’t think about anything,” Wright said. This routine led Wright to place second in the North Coast Section Championship last year, and she plans to carry what she has learned  from Poulin into her college high jump career.

By her sophomore year, Wright’s love of competing in high jump inspired her to look into college track teams.

“I looked at how high I jump compared to other jumpers on that [college] team, to see if I could possibly stand out to the coaches,” Wright said. “Then I emailed the coaches in the winter of my junior year, and went out to the East Coast, to look at all the colleges, in the spring.”

While at each school, Wright took a campus tour, attended an informational meeting, and then interviewed with the track coach. She toured mainly small, liberal arts schools, as that was her original college goal even before looking to compete on a track team.

Wright said that as she conducted her college search, her original college criteria synchronized perfectly with Division III schools, where the chances of her being recruited for high jump improved.

During her visit to Wesleyan, the amiability of the track coach stood out to Wright.

“[Coach Walter Curry] spent an hour and a half with me actually–gave me a whole tour of the facilities, then interviewed me,” she said. “He was very supportive of me. He said, ‘We understand that academics come first, we’re not a DI school where it’s sports first.’”

After that visit in April of 2016, Curry requested Wright’s transcripts and test scores.

At a DIII college, athletes are not directly recruited, but rather the coach agrees to support an athlete’s application through the admissions process. This was the case for Wright, who was accepted early decision into Wesleyan in December.

Outside of the Tam track season, Wright stays in shape with consistent weight training and running workouts, which she attributes to her in-season successes. Along with working to break the school record, Wright also enjoys simply being a member of the Tam track team and its camaraderie.

“I really like the community–the people on track. Everyone is so nice, and really supportive,” she said.