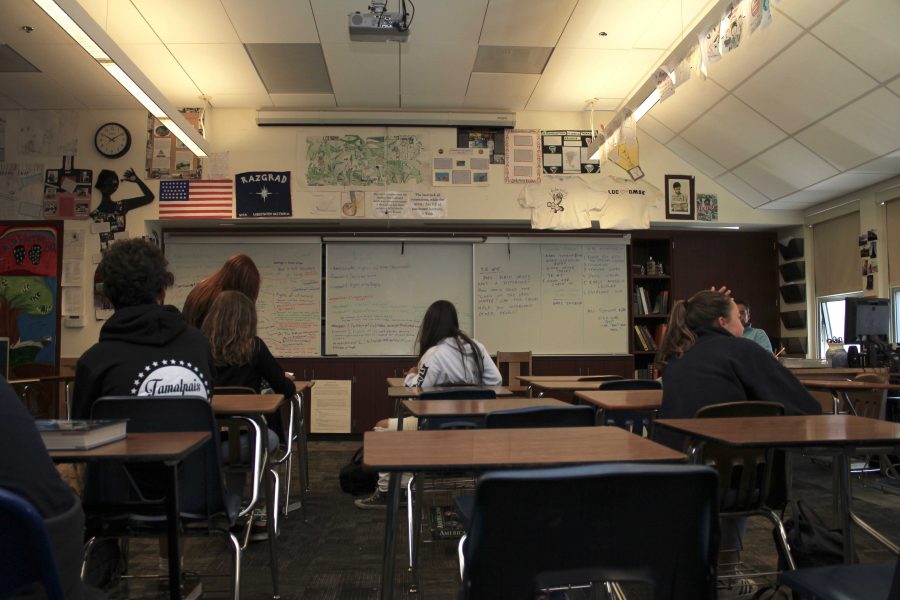 The material for these wellness lessons were presented to the social science department by Jessica Colvin, the Wellness Director Coordinator for the district. Colvin created the curriculum with the help of street law teacher Aaron Pribble. Colvin’s curriculum covers the three main points of SB 695: affirmative consent (informed, explicit, and voluntary agreement), consequences of sexual violence, and how to develop healthy peer relationships based on mutual respect, as well as the significance of anti-Semitism in our community.

The primary reason the curriculum came to Tam was because of parental involvement. On January 24 this year after a parent workshop, parents went to principal JC Farr and asked that anti-Semitism and affirmative consent be taught to upperclassmen.

Social science teacher Sarah Ewell, who taught the new lessons to both her juniors and seniors in early May, was pleased that these lessons were being taught to upperclassmen because she believes that they are more practical when taught to older students.

“You are only taught [sex education] once [in high school] and [studies] actually found that brain development, like your abilities for abstractions and empathy, are underdeveloped when you are 15,” she said. “As you mature, your brain develops different capacities for abstraction and empathy, so there is question of whether teaching [consent] in the tenth grade is really appropriate.”

During the affirmative consent lessons, students pretended to order a pizza with a partner to simulate a consent situation. Colvin explained how these lessons were good practice for asking for consent. “When talking about consent, it’s no longer no means no, it’s yes means yes for each sexual activity,” Colvin said.

However, Junior Daniel Park did not find the lesson very helpful or relevant. “They made the lesson seem like it was for an elementary school classroom by relating consent to a pizza,” Park said.

For the anti-Semitic lessons, students were shown hate symbols like the swastika, and discussed each one’s historical context and meaning. Ewell noticed that some students had difficulty debating these topics. “I’ve found in general that the girls [were] more into talking about [these lessons],” Ewell said. “And it definitely made people feel uncomfortable. I knew it was going to.”

Despite the difficulty of these lessons, Senior Stella Orr believes that the lessons should be taught earlier rather than later. “It’s something that we need to talk about, but I feel that for some students the lessons came too late,” Orr said. Orr argues that educating students on these topics earlier will instill compassion and respect in younger kids.

But difficult or not, both Ewell and Colvin agree that these lessons were beneficial to students and that they will protect them in the future. “Students are being taught too early, we need this education to be later on too,” Colvin said. “I also hope to expand the curriculum and add more to focus on the consequences of sexual violence.”

Colvin added that she recently opened wellness centers at Redwood and Drake to complement these lessons, and that Tam is next in bringing community organizations to campus that will improve health education.