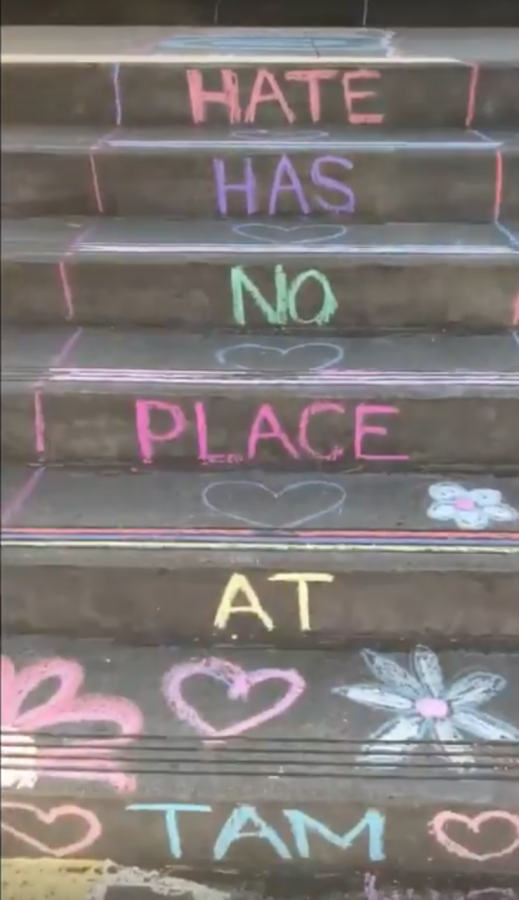 During the afternoon of August 17, members of the Tam community gathered to celebrate diversity and love at Tam in the form of chalk drawings around campus. The event was organized by Tam Unity, a committee created this year by members of Tam leadership to build the culture and community at Tam.

Co-commissioner of the Tam Unity committee and senior TK Dalke revealed that the inspiration behind the event was a project called the Thousand Flower Project. “[A school] invited the whole community…to come and put flowers all over the  sidewalk, all over the concrete, everywhere, …so all you could see was flowers. So when everybody walked in it made a statement about love and it just made people feel good,” Dalke said.

Earlier this summer a hate crime took place on Tam’s campus involving derogatory graffiti that targeted Tam’s principal, JC Farr. The Tam Unity committee hoped to counter this event by covering the school with chalk drawings, quotes, and encouraging words, according to Dalke. “We just wanted to paint the entire school in honor of JC [Farr] and in honor of what’s going on in the world,” he said.