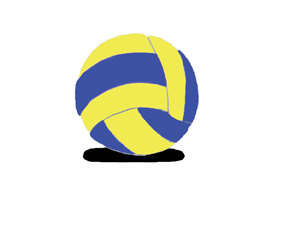 September 26th, 2017- The Tam High girls varsity water polo team beat Terra Linda [TL] at home 12-8. Tam started out rocky through part of the second quarter, but by halftime they were up 8-6. It was smooth sailing from there on out. “I was expecting a little bit bigger of a win today,” Head Coach Katie Maclean said. “I prefer a close, tough game. Our offense has really been coming along well in the past week or so, so I’m stoked to see 12 goals on a pretty decent goalie.”

The Hawks started out trailing TL at the beginning of the first quarter, but it didn’t phase them like it has in the past. “In the beginning we would always just be freaked out if we were down by even just one, to the point that we would just psych ourselves out and lose,” Senior Vivian Marino said, “But this game they scored first and we won last.” In addition, Maclean noticed a few too many errors during the second quarter. “The first half of the second period we got a little lazy with our passes and ended up throwing the ball away quite a few times,” she said.

Sam Sternfels led the Tam scoring attack, with six of the team’s 12 goals. Despite her outstanding game statistics, Sternfels was still worried heading into the game. “We lost to TL last year, so I was a little nervous about that, but this year last weekend we sort of really clicked and we’re coming together as a team,” Sternfels said. Maclean noticed another stand out player during the game. “Lila Jones is kind of starting to blossom, it always takes her a week or so of tough games to figure out how strong she is, so I’m happy to see her confidence in herself start to show with some goals and some steals and some great defense, and she’s really a huge contributor to our team.”

With a 2-1 MCAL record and a tough road ahead, the team still has room for improvement.“One mistake was we were up early in the shot clock and I shot from pretty far out and missed, and I had some teammates wide open which I should’ve passed to.” Sternfels reflected.

Looking to the future, the team is hoping to be in the MCAL championship. “We’ll have a tough road getting through Drake or Justin Siena, but I think that everybody is very beatable,” Maclean said. “This is the closest competition MCAL has been in quite a few years.”