Where is Friday Night Lights? 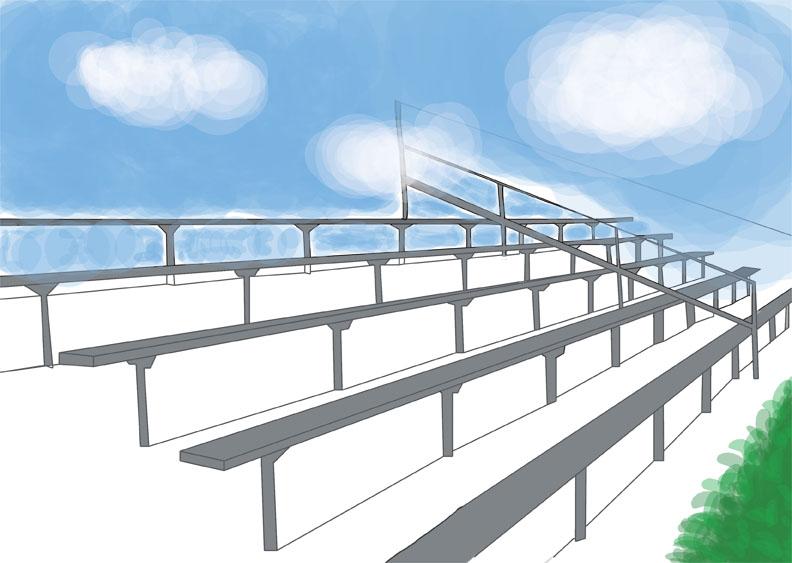 My old high school, Petaluma’s Casa Grande, is nowhere near as beautiful as Tam’s campus or as excellent as Tam’s academics. However, the one thing the Gauchos excel at is football. Gatorade even sponsors the impressive program. Casa Grande revolves around football culture, this is largely due to the games being played on Friday nights, under the lights. Everyone – parents, teens, children – attend the production that is Friday Night Lights.

The hum of the crowd is confidence-boosting for the players as they stomp their feet on the gargantuan bleachers, hold “Go Gauchos!” signs, and wave pompoms in the air. It is a social event for everyone: teens socializing safely outside of school, parents talking amongst each other, kids playing under the bleachers… the bleachers at Tam aren’t even high enough to crawl under.

The house I moved to in Mill Valley has a bird’s-eye view of the Tam football field. On my first Saturday afternoon of living in my new home, I looked out my bedroom window and noticed the football team practicing. Suddenly, I heard a beautiful voice singing the national anthem. I realized this was no practice, but perhaps a game. My attention was drawn toward what I thought to be this exceptionally well-planned field.

The missing components began to reveal themselves one by one. Where were the visitor’s bleachers? Why were the home bleachers out of proportion to the rest of the field? Where was the marching band? Could you really see the scores on that tiny scoreboard? Why weren’t there stadium lights? How could you have Friday Night Lights on a bright and sunny Saturday afternoon? All of these burning questions I knew could be answered by my government teacher and Tam’s head football coach, Matthew LemMon.

Friday Night Lights is absent from Tam due to complaints made by the neighbors bordering Tam. Perhaps they should have thought about this before moving to a high school that was founded in 1908. If the neighbors of Casa Grande complained about high school football lights, they would’ve been told to take a lap.

According to LemMon, the stadium lighting is just a convenient excuse for the neighbors. “We don’t have lights not because it’s loud, not because of light pollution, but because high school kids are inherently negative human beings, and we would have to hire security on Friday nights, taking the police away from their jobs,” Coach LemMon stated.

Around October, I noticed that in fact, there were portable stadium lights for whatever sports team was running around the field. Upon seeing this, I realized the lights truly were not the real issue, but Coach LemMon’s theory was correct. Although the lights are used as an excuse, Friday Night Lights do not have a place at Tam because of the trouble Mill Valleyans think kids will cause. The Mill Valley A-listers are too concerned the police will not be able to guard their mansions while they are on vacation because of nightly football games.