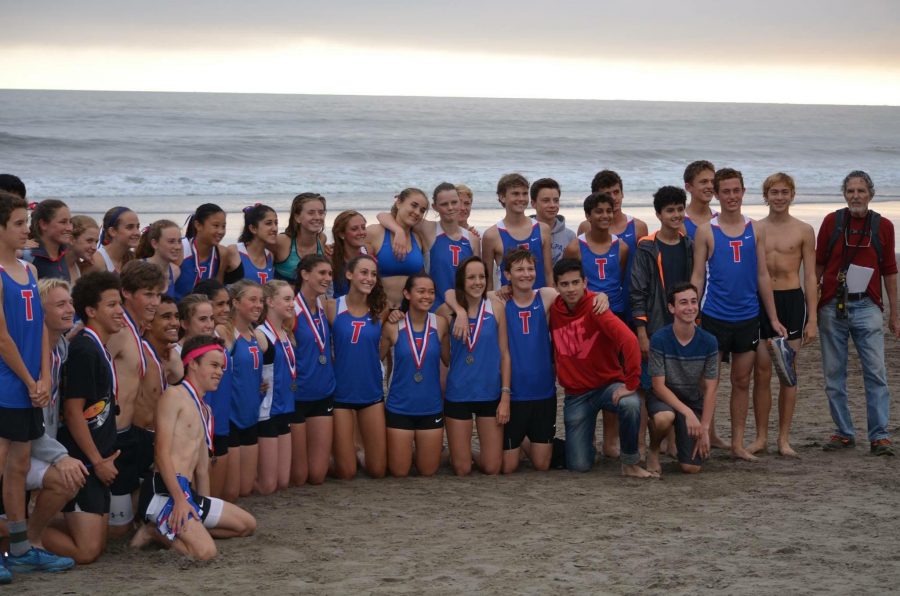 Tam’s cross-country team is one to be reckoned with. It trains six days a week during the season and finishes consistently among the top MCAL teams.

“We had lost three seniors last season, so at the beginning of the season I was apprehensive of how we would perform as a team,” Cain said. “However, I was really pleasantly surprised to see athletes who previously weren’t as serious begin to perform on a higher level, and we had good additions from new students and some sprinters who had never run distance.”

In the end, the team wasn’t as successful as it hoped.“One of our hardest times as a team was after NCS and realizing we wouldn’t be moving on to state, missing the cutoff as a team by one place,” said Cain. “NCS was hard because we performed well as a team, but we were up against really stiff competition and some of us didn’t have the races we had hoped for.” However, the team still placed 5th in NCS. Sophomore Paul Law placed 8th at NCS, which qualified him for CIF state championships, where he placed 146.

The girls’ team, led by senior captain Lauren Tanel, placed 3rd in MCALs. “I wasn’t sure what to expect for the girls’ team this season,” senior Colette Bartschat said. “The class of 2017 had made up most of the varsity team for every year that I had been on cross country. We lost most of our fastest runners this season, so I think a lot of us were not sure if our team would be able to live up to what our team had been in the past.”

However, it seems the girls did live up to expectations. In their first meet against Redwood, who has been their chief competition in recent years, winning MCALs for the past three years, the Hawks unexpectedly came out on top. “We were all really happy and excited for how the rest of the season would turn out after beating our biggest competition,” Bartschat said. The team went undefeated in the regular season.

Despite its success, on the day of the league championship, the team had an off-day. “Some of us ran really great races, but some of us had an off day, and unfortunately we did not win like we were hoping for,” Bartschat said. But even though it didn’t win MCALs, placed 3rd in MCALs, and 9th in NCS. Junior Kelsey Van Allen placed 17th in NCS, which was one spot away from qualifying for state.

The cross county community is an extremely close knit one. According to Wong, the best part of their season as a team was that “we really just became one unit and super close,” which helped their training and racing. Cain agreed, saying, “[I] had a lot of positive moments personally with the boys team because we were really cohesive and got along really well.”