Tam Falls to Redwood in a Battle of the Aces 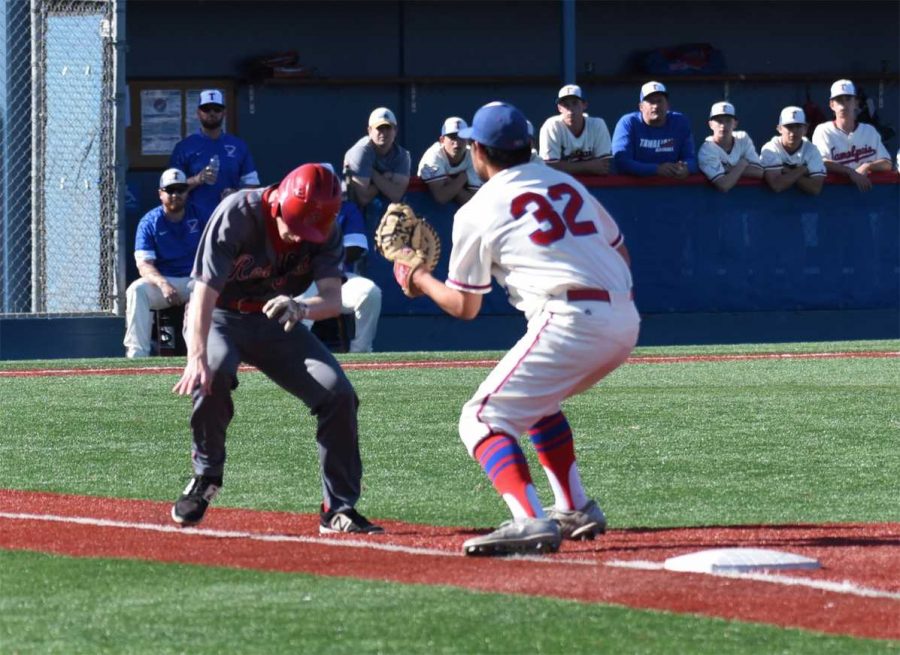 Tam varsity baseball fell to Redwood 2-0 on Tuesday, March 27 during a game full of excellent pitching and high emotions.

“Our mental focus and bats weren’t there that game.” Tam senior David Fineman said. “We didn’t focus on ourselves, instead we focused on Redwood and their chirping and bad spirits which took us away from the game and got us riled up not to beat them but to get mad at them, which wasn’t the right mentality.”

The matchup featured Tam ace and fellow Tam Newsie Jack Loder going up against Redwood senior Oliver Pearson. Pearson managed to stay in control the entire game, throwing his way to a 2-hit, complete game shutout. Pearson’s ERA dropped to a miniscule 0.51 on the year.

“I think our offense needs to work pitchers more, we give them easy outs a lot of the time.” Tam senior Sam Pletcher said, commenting on where the Hawks can improve. “Especially when not very many of us are hitting well, we need to focus on being tougher outs and grinding the pitchers.”

Loder blew through the first two innings, but ran into trouble in the third. Redwood’s Robbie Wilson began the third with an infield single, and advanced to third on a double by Dane Goodman. Both were consequently knocked in by sacrifice flies from seniors Josh Cohen and Anthony Pomilia, the only two runs Redwood would score.

Tam struggled to come alive on offense, with seniors Ben Lightner and Jake Franco managing the only hits.

“Our focus for the next few practices should be to just hit and get confidence in hitting and being able to stay focused on the small things so we can work well as a team and be able to play our best baseball.” said Fineman.

“We need to work harder and want it more than any other team in this league if we want to win an MCAL championship.” said Tam senior Jacob Berg.

Tam will face Redwood for a second time on May 1st, a game that will most likely carry weight for playoffs, and be of the same intensity.

“The game was pretty emotional, so it sucked that we couldn’t put our emotions on the scoreboard, but we play them again, so it’ll be a good chance to get back at them.” said Pletcher.