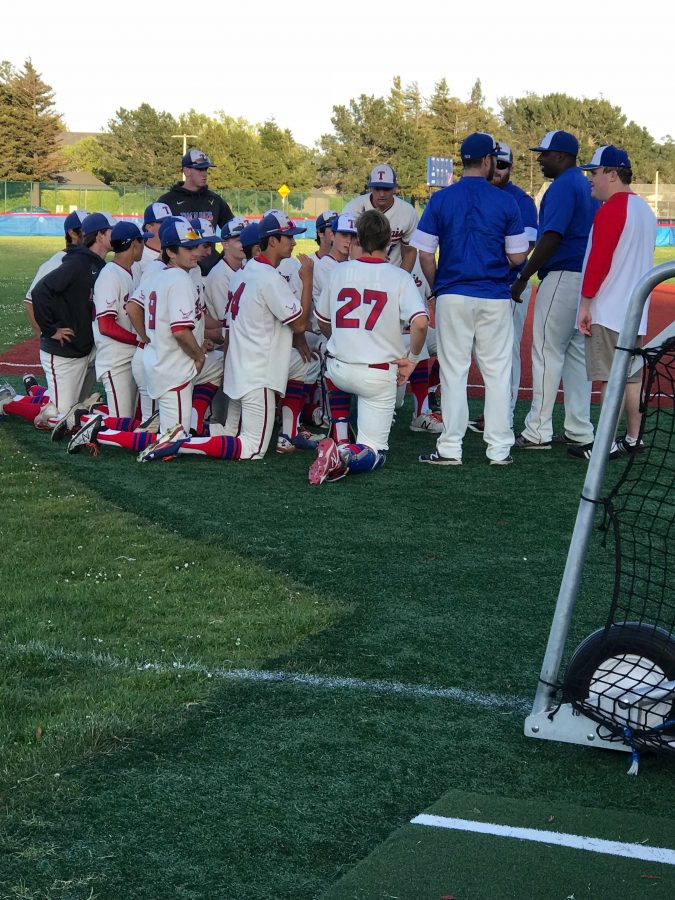 It was a close game up until the bottom of the fifth inning, where Tam’s offense finally clicked.  After a couple walks and a single to load the bases, senior Sam Pletcher drove a hard ground ball to MC’s shortstop and junior Eli Larson, causing Larson to misplay the ball and scoring sophomore Tyler Reed.  The Hawks were able to tack on three more runs in the inning due to a walk by junior Andrew Frame, a single by Bires, and a walk by sophomore Shaun Loder.

Tam was in trouble in the top of the sixth after MC loaded the bases and drove in two runs to shorten the lead to 6-4.  However, Frame was able to close the inning out and hold MC to two runs, ending their rally.

“[Frame] has never pitched in a game where we’ve had a five run lead, or it’s a low-stress situation,” head coach Nathan Bernstein said.  “[He] literally only pitches in the most intense moments, and he did a great job to get things done.”

“I think the key to our success was just coming out with energy on every play,” Frame said.  “We’re a really good defensive team, and the key is don’t make errors early and then our pitchers just pitch to contact and our fielders get it done.”

The Hawks are 7-4 and MCALs and take on the Drake Pirates on April 24.