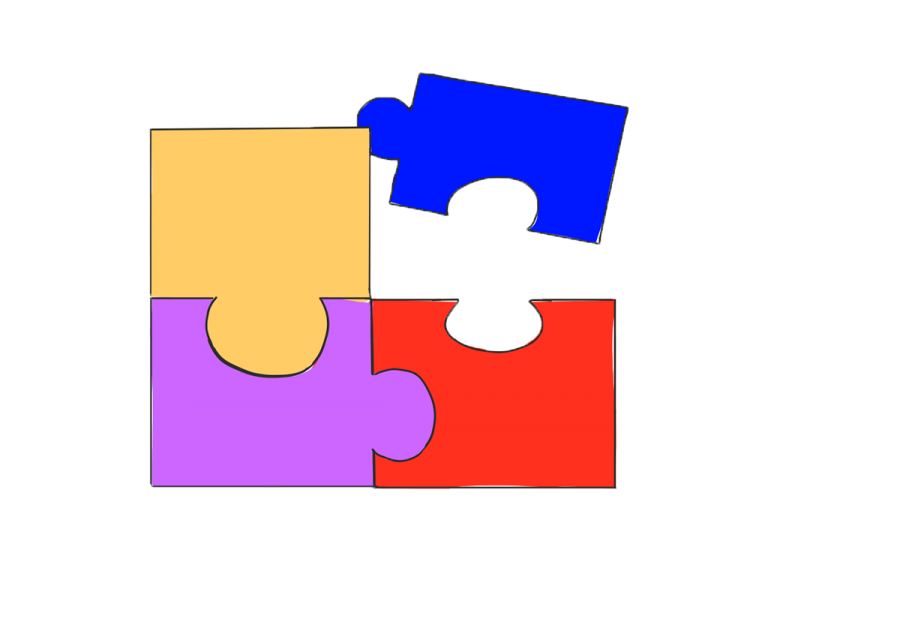 It’s a Friday night, and again I find myself living out the teenage stereotype; eating crackers and scrolling through Instagram in my bed after a long week of school. Everything is going just fine until I see a video posted by one of my friends. There they are, being kooks and loudly running around campus. Just the usual. But then my friend comments at the end of the video, “God you’re autistic,” to the other person. This cut makes me sick to my stomach.

Autism is a developmental disorder that impairs social interaction and communication.  There is a wide range of people that exist within the autism spectrum, from slightly socially off to entirely nonverbal. My brother was diagnosed with autism when I was about five. I don’t remember when we learned the news, so my brother’s differences have always been a part of my life. I’d like to think that I have had a pretty typical teenage experience, but in reality, living with him has changed me in a multitude of ways. I don’t think about his differences all the time, but in the back of my mind I know his actions will always affect mine.

I was in the fourth grade when I first realized that not everyone is aware of my situation. I was in the car on the way home and my friend and her dad were joking around. In the midst of their conversation, through spurts of laughter, her dad told her that she was retarded. She giggled and shouted the same slur back at him. I sat in shocked silence. At the age of 10 I had never heard that word used before as a casual insult. I didn’t think something like that would seem funny to anyone.

Life with my brother is certainly unique. He and I still laugh, argue, collaborate, and clash, but our interactions are different than those of other siblings. To put it in perspective, I have never had a typical conversation with my brother all 14 years of his life. He is mostly nonverbal but he communicates through lines from movies he’s watched. He expresses how he feels through Disney characters’ quotes and imitations of their actions. He gets stuck on repetitive behaviors that I try my best to endure, but sometimes I want to lose it when I hear “The Incredibles” theme song for the four hundredth time that day. He gets on my nerves but I love him unconditionally. He can’t tell me himself, but I know he loves me too.

Two years after that car ride with my friend, I remember talking to a class of third graders to bring attention to autism awareness month, which occurs every April. After a short presentation, one little girl stopped me outside and told me that she was so sorry for my brother. When she first said this I felt defensive, as if she was saying there was something wrong with him. I was only 12, so I was too young to know how I should react. In hindsight, I know this girl did not intend to offend me in any way, but her response proved that many people do not understand what it means to have autism or be close to someone that does. Yes, living with someone with autism can be difficult at times, but it does not make people who deal with these differences lesser in any way. Those of us related to, or in the autism community do not need your pity, we just deserve your attempt at understanding.

My life is different but it doesn’t seem that difficult to me. It’s the only life I have ever known. I do not envy others who may have more typical siblings because living with my brother has made me who I am today. Having someone so close to me that faces challenges makes me more aware that everyone else faces their own challenges in different ways.

I can’t speak for every special needs sibling by any means–all experiences are different. There is such a wide range in humanity, how we interpret our lives, and the abilities people have. Yet it never fails to make me want to throw something across the room when a joke is made about someone being autistic. What angers me the most is the fact that students use autism as a slanderous term even though they don’t know what it really means.

Personally, I will never feel offended if anyone asks me about my brother or my experience. In fact, I would be more than happy to answer. If people have the courage to speak up and ask questions about how people with autism see the world and how they influence the world around them, they should be appreciated for trying to educate themselves. Many issues that come up are due to people’s lack of knowledge on the subject, and autism jokes are no exception. The problem with some jokes is their content can hurt unknowingly. Whether it be a joke about something being gay, a joke about race, or a religious jab, all can hurt people more than you think. Be careful with your words because words have meaning. You never know who may be listening.  ♦