Tam Baseball Knocks MC Out of the Playoffs 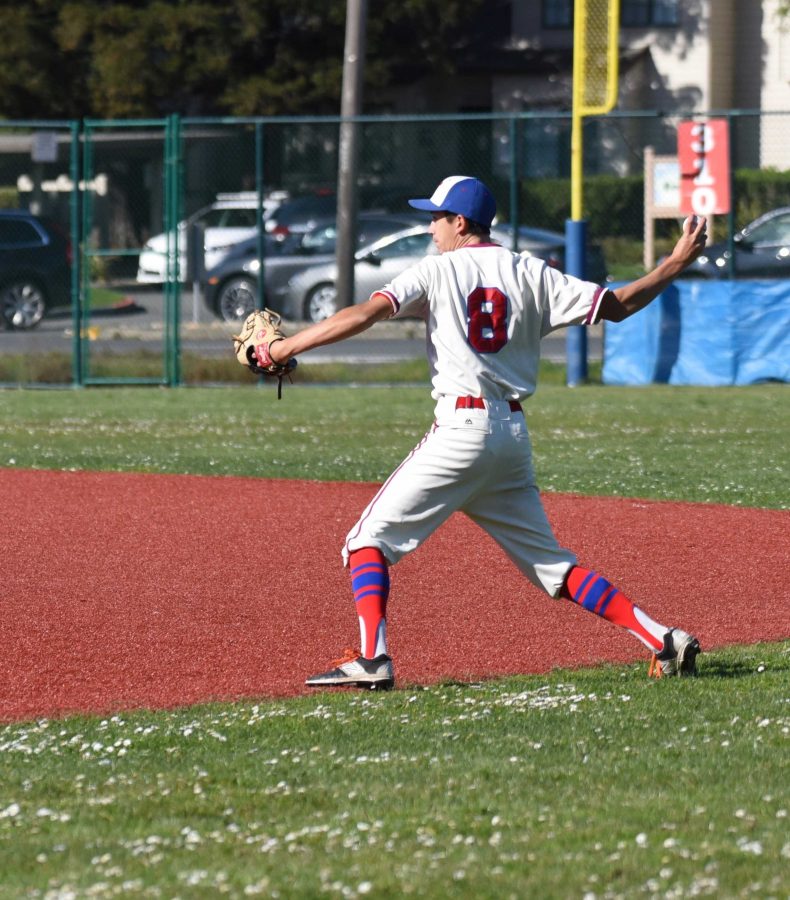 On Wednesday, May 23, Tam’s baseball team played Marin Catholic in the first game of Division 2 NCS playoffs, coming out with a 1-0 victory.

Jack Loder, one of Tam’s star players, pitched the game, carrying the team to victory. “It was a phenomenal game, Jack Loder did what Jack Loder does, and came out and threw the game of his life, which was pretty awesome.” said Head Coach Nathan Bernstein. “We just kind of fought and battled and got the dub. Couple big plays, Jacob Berg making a huge defensive play, also scoring the game winning run.” Despite the close game, their victory was not luck.

“We just perservered through, had to play hard and make sure we get the win. [Jacob Berg] scored on a single up the middle on the second inning,” said senior Dakota Reynolds.

Winning this game puts Tam in the running for the NCS championship, but they will have to overcome some tough teams first, specifically Alameda, the first seeded team in the league.

“We are going up against the one seed on Saturday. We are ready to go, and are excited to see what they got. It’s totally doable.” said senior Ben Lightner. “It has a lot to do with your league. Our league was pretty competitive this year, and I think on any given day we can go out there and beat them. Just keep doing what we’ve been doing. Staying loose and just keeping emphasis on having fun and executing when we can execute, and just trying to get as ready as possible.”

Tam went on to lose to Alameda in a close 1-0 game. Alameda won the NCS Division 2 championship on June 2.