Petition to close county schools due to smoke gains 80,000 signatures 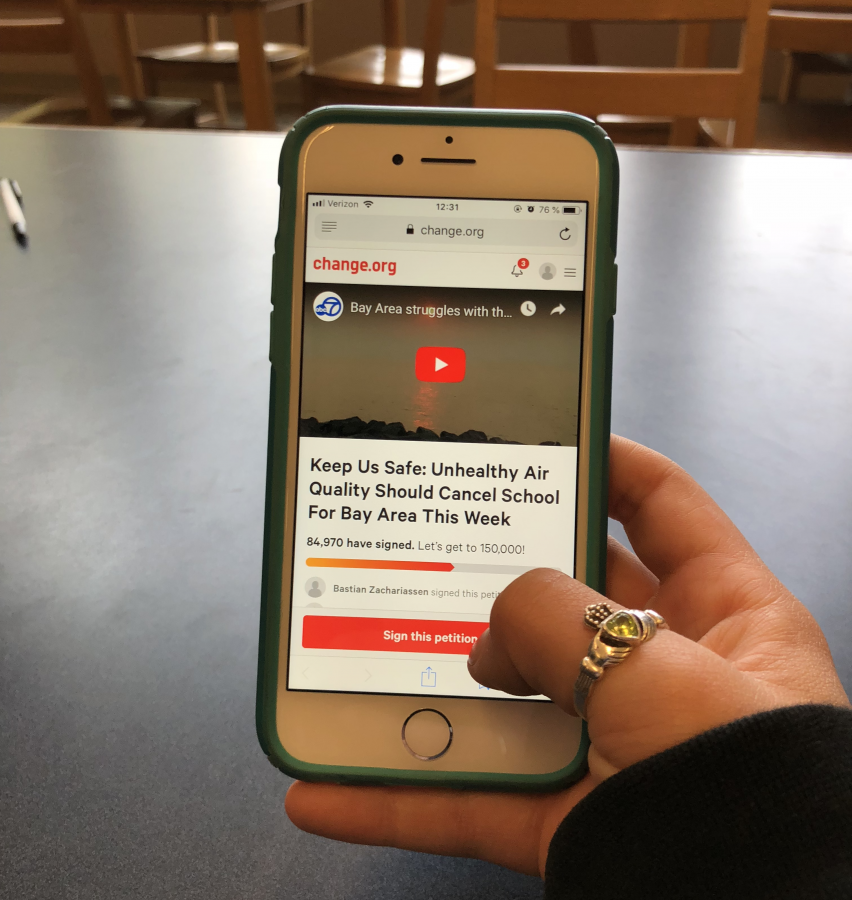 In response to heavy smoke and an air quality index rating of 174 (considered “unhealthy”) from the Camp Fire in Butte County, concerned parents, students, and teachers hoped for school to be cancelled on November 13 for health purposes. An online petition on change.org named “Keep Us Safe: Unhealthy Air Quality Should Cancel School For Bay Area” addressed to Marin County Superintendent of Schools Mary Jane Burke has gained over 80,000 signatures since its launch on Monday afternoon. After signing the petition, users were given the option to make a public comment explaining their reasons for signing. One comment that reads “It’s one day of education or life long asthma … your call,” has gained almost 900 likes. The next most liked, “I can’t breathe,” gained more than 500.

The petition cited Sonoma County’s decision to close the vast majority of their public schools as an example to follow. “In order to continue to strive to keep our children, our friends, and our family safe, this petition has been created to ask that schools in the Bay Area follow Sonoma County’s lead and close due to unhealthy air quality,” the petition read.

Despite the calls for cancellation, an email sent by county superintendent Tara Taupier late November 12 verified that Marin county schools would remain in session, sparking outrage from many in the community. Ken Lippi, Marin County’s assistant superintendent of schools, said he was aware of the online petition, according to the Marin Independent Journal. “We’re working in close consultation with the Marin County Health Department,” he said. “Based on their information and guidance, we haven’t deemed it necessary to close the schools.”