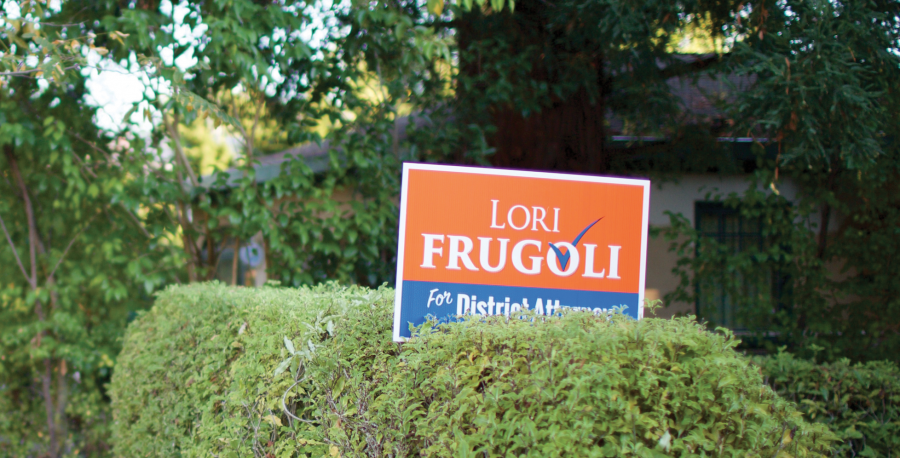 Lori Frugoli narrowly beat out Anna Pletcher for Marin County district attorney by a margin of 386 votes, determined on November 30 after more than three weeks of vote counting. Pletcher still has the option to file for a recount, although it is unclear at this time whether or not a recount will take place.

Frugoli will replace Edward Berberian, who is retiring after 13 years as district attorney. He, along with three preceding DAs — Paula Kamena, Michael Gridley and Jerry Herman  — endorsed Frugoli earlier in the campaign.

Both the Pletcher and Frugoli campaigns emphasized reforms for restorative justice programs and the Sexual Assault Response Team (SART) in Marin. However, exactly what those reforms would have looked like varied between the two candidates.

Pletcher campaigned for sexual assault victims to undergo rape kit exams at Marin General Hospital as opposed to Vallejo Medical Center where survivors are required to be tested under the SART partnership.

Frugoli argued in a Facebook post that breaking down the SART partnership “would be detrimental to prosecution of sexual assault cases in Marin and catastrophic for victims.” She later mentioned in a debate that she would be willing to consider reenacting the exams in Marin if Sexual Assault Nurse Examiner (SANE) nurses were available at Marin General.

“She’s been flip-flopping on these issues,” Pletcher said to the Marin IJ.

Throughout the race, accusations of lying and misinformation were brought forward by both candidates. In a statement from late October, the Frugoli campaign charged Pletcher of falsely representing four of Frugoli positions. Those included her views on the SART, prosecution of environmental crimes under the DA, inmate release date sharing with Immigrations and Customs, and resource and effort delegation into rehabilitation and restorative justice programs. Pletcher did not respond.

Two months before Election Day, Frugoli objected to Pletcher citing her campaign endorsement from the Marin Democratic Party in her candidate statement. According to California election law, these statements may not include any references to candidate’s party affiliation.

However, Judge Roy Chernus ruled on August 29 that Pletcher’s statement would be allowed to stand because the objection had been made too late.