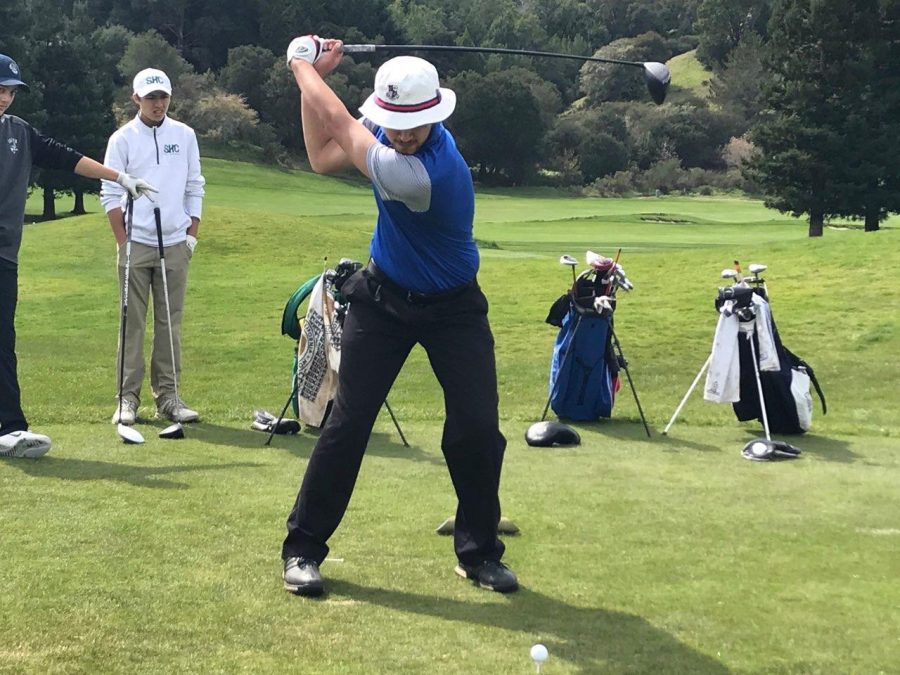 Although a dominant player on the course, senior Nick Friedman seemed somewhat uncomfortable sitting down with The Tam News for an interview. “I’m trying to figure out how to make golf interesting,” he said, chuckling. Friedman is unexpectedly humble and soft-spoken when discussing his experience playing, and his affinity for golf. Friedman has played golf for Tam since freshman year as well as for the Marin Country Club, which won their Bay Cities League last year. Friedman is, by his senior year, already an apparent veteran of the sport. “I’ve been golfing seriously since sixth grade, but I’ve been golfing in general probably for the last ten years.”

Friedman is unpronounced about his accomplishments, and only when pressed did he relay some of his achievements. “Last year I was the first Tam golfer to get to [the NorCal Tournament]… Getting to the Tournament is probably my best golf accomplishment,” he said.

Friedman is no stranger to other sports, having played basketball, tennis, and baseball all in addition to golf. Eventually, however, Friedman settled on just one sport. “I was a lot better at golf,” he said. “I’ve been playing competitive tournaments for a long time, probably since I was eleven.”

He found early on that he had a natural talent for the sport, “The first tournament I played in, I won,” he said, “My dad said it was the best I’ve ever played.” Friedman credits his father as having been a motivating force for his involvement with golf.

“My dad definitely got me into it, he loves golf,” Friedman said.

For Friedman, the sport can sometimes be a mixed bag, even though he enjoys it.“I love traveling… I’ve been all around California through [golf], it’s cool to meet people,” he said.

But, sometimes the pressure of golf makes him anxious. “The first few holes [you’re] always nervous. [You also] get nervous on the last few holes, of any day,” he said. “You want to make sure you don’t screw up at all.”

With spring sports due to start, Friedman is looking forward to the next season for him and his team. In fact, Tam’s first match is set to be played on February 21. Friedman is optimistic about the new season, but recognizes a challenge from rival schools, such as Redwood. “Hopefully we can be the best team in MCAL’s, but Redwood’s very good… [We’ll] probably have to work on some short game stuff.”

After high school, Friedman plans to continue the game at Occidental College in Los Angeles. He says that he doesn’t yet have any concrete plans for golf after college, “But we’ll see,” he said with a shrug.