When everyone is to blame for the current budget crisis. 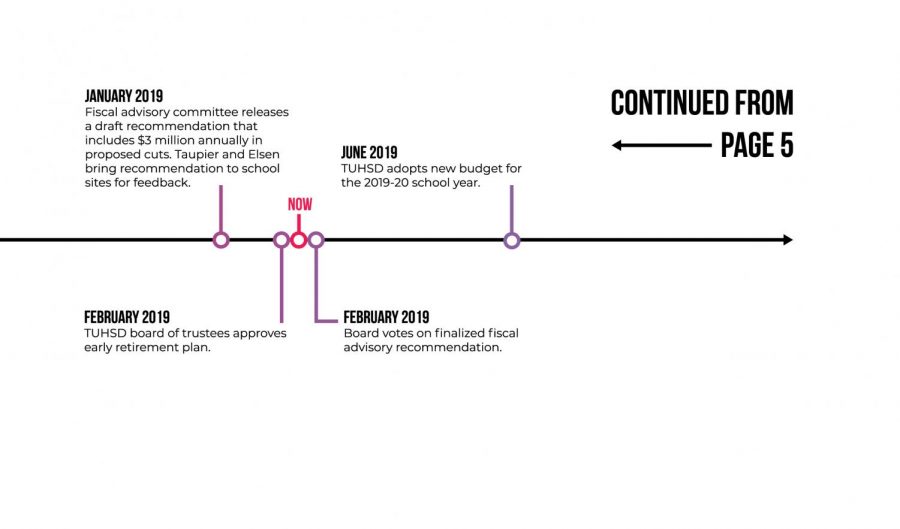 Beginning in 2016, the Tamalpais Union High School District (TUHSD) saw a precipitous drop in the General Fund, a reserve of past surpluses saved for the prospect of a district-wide crisis.The debacle is frustrating for two distinct reasons. With the passage of Measure J, the district adds a projected $5 million to its revenue, but a gap of $3 million, to be made up by that amount of budget cuts, remains. The following years will see additional cuts to preserve a sustainable financial footing, as by the end of the 2017-18 school year the district had lost over $12 million from its General Fund, the reserve.

Two distinct and and dispiriting issues with our community have arisen from this financial crisis. Firstly, in times of crisis the assignment of blame is often necessary, if not particularly attractive, in order to understand the exact processes, decisions, and individuals that brought upon the debacle. What is exceedingly frustrating about the current financial issues facing the students and staff of the TUHSD is that all three of those are unclear. The growth in enrollment was visible, according to administration, a decade ago. A deficit was predicted four years ago. The deficit actually began two years ago. And only now, halfway through the 2018-19 school year, do Measure J and the first serious budget cuts begin.

The administration has been quiet when asked exactly who and what is responsible for this inaction in the face of crisis. The new administrators most directly responsible for handling the budget, chief financial officer Corbett Elsen and superintendent Tara Taupier, are new to their positions, and thus may avoid most of the blame for their predecessors decisions. But they also have not been forthcoming with the public about those predecessors. The public has had no substantial explanation for former superintendent David Yoshihara’s abrupt departure during the height of the crisis and his reported payout of $150,000. Nor have they mentioned the inaction on the part of previous superintendent Laurie Kimbrel or the school board that hired her. Simply put, in a public school district, managed by, ostensibly, civil servants, we have seen no transparency on what the root of this issue was, and how far back it went.

This crisis is frustrating and disappointing to examine in depth, but those feelings are not irreversible. We need the administration to be transparent about what went wrong, about who messed up, and about how they plan to fix it and exactly how long that could be. ◆