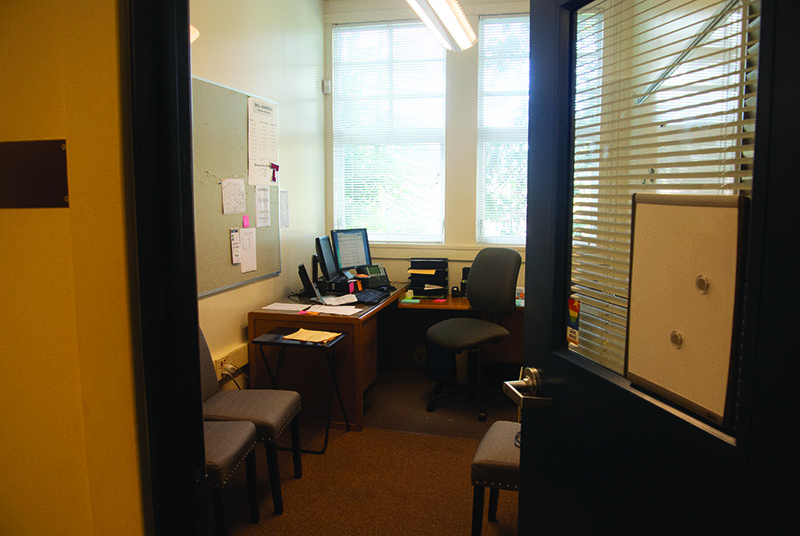 Counselor Brian Napolitano's office is left empty after his resignation.

Counselor Brian Napolitano resigned effective December 21, the last day of the fall semester due to health issues. Interim counselors Evelyn Dorsett and Sue Chelini are covering his responsibilities until another permanent counselor can be found. Chelini is handling general counseling functions, and Dorsett specifically helps upperclassmen with college preparation.

Napolitano was absent for significant parts of December, prior to his resignation. “It’s kinda the way life worked out. Nothing makes me sadder than having to leave students mid stream and without a lot of information,” Napolitano said.

Families of students who had Napolitano as a counselor received an email from Tam administration on January 8 informing them of his departure.

“We know that changes to school personnel can be an interruption to the services we deliver, but we want to assure you that we have a plan to support your students’ successful matriculation through Tam,” the email read. “Thank you in advance for your patience and understanding while we work through this personnel change.”

Initially, some students were worried about having to work with an interim counselor, and many did not even know they had been assigned an interim counselor. However Napolitano stressed the capability of Dorset, a former Tam counselor, as his interim replacement  “I know that Ms. Dorsett is now there and she’s a very dear friend of mine and we’re in constant contact. If any seniors have any issues whatsoever and if she has any confusion she can call me.”

Senior Zoe Kahn was startled at Napolitano’s abrupt departure. “I was shocked and confused. I still don’t know where he is or what happened exactly,” Kahn said. “I loved Napolitano. I thought he was a really good counselor, he always had good advice and was super friendly. I felt like I could trust him.”

Napolitano is currently focusing on his health, and has no plans to return to Tam at the moment.  “It’s been such an honor to work with them and I miss them dearly. I wish nothing but the best for everybody.”