Of a Different Breed 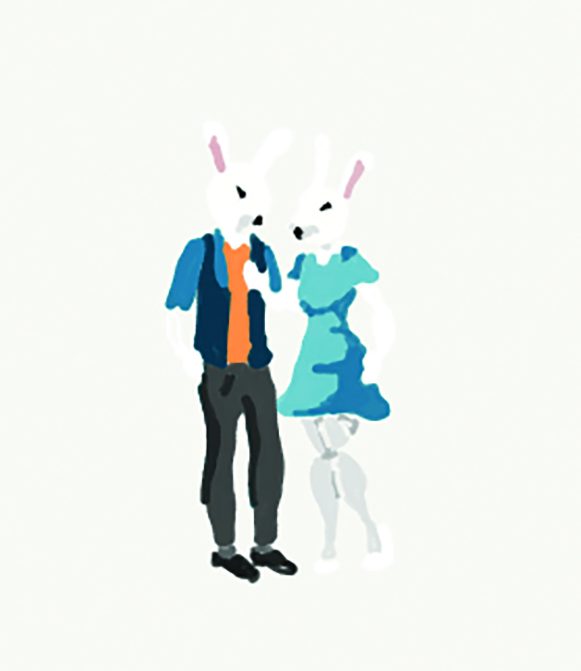 Hidden away in Tam’s mass of students is a small, a very small, but distinct subset of students (and an alumnus) linked by a common, somewhat taboo, artistic interest; anthropomorphic animals. Yet, being part of the small community is often difficult, as those who count themselves as part of it are often few and far between. “Furries”, as these people are known, appreciate this very specific type of contemporary art where common animals are drawn, animated, or cosplayed, to give them human traits. I sat down with one, who I’ll refer to as Daniel from here onward to preserve their privacy.
What made you choose to be a furry?
You know, art and stuff, interesting, interesting people that I meet through said interests. That’s a shitty way of explaining it but cool people, cool content. Just piqued my interest.
So what exactly is a furry?
It’s just in my mind about anthropomorphized animals, that’s the general interest that kinda links everything involved in it
What is involved in it? What are the different facets of furry culture?
A lot of its art
What kind of art?
It’s hard to explore the concept of anthropomorphized animals…. Because it’s such a vague concept it can be applied to any facet of art you can name. Like there are Japanese takes on it that fall under anime, there are certain styles of furry art that are more uniquely Japanese because all art can be separated by styles like anime and Americanised art is kinda different, inherently. Anything and everything you can think of.
What are some aspects of furry culture that are different from aspects of mainstream society?
Most people would credit it as just an interest or a hobby, like being into cars and stuff.
How many more people are furries at Tam that you know?
Two and a half. (counting alumni)
What has been your experience being a furry at Tam?
It’s not really an offline thing for the most part. So disconnected is its nature, and more at home, online just makes it so that that is the primary way of connecting and staying connected unless you specifically seek out local people, which you can do.
Have you?
I’ve tried. A bunch of my friends who don’t live in California is like, ‘oh you live in California. There are so many cooler furries there,’ and I’m like, ‘What? I don’t know what you’re talking about man.’ …. I suppose at Tam it’s not really a thing that I do.
Oh, have you ever been to one of those [a furry convention]?
No, I’d like to, cause a bunch of my friends do and that’s very fun, according to everybody. My friend wants to go to this one in Reno next year, relatively close. I think he’s actually gonna drive down from Idaho to here. If you’re under 18 you need a notarized parental permission form
What’s your take on the sexualized nature of furries in the furry community?
I think its just really easy to latch on to, yeah it’s a thing.
What do you enjoy about being a furry”
I enjoy art a lot, I’m an art kid. There’s a lot of cool artists out there that do furry stuff that I’m a big fan of. It’s a cool way of self-representation in some form for some people. The community [is] a good aspect of it. It’s a majority queer demographic for one reason or another. I think it’s a nice place for a lot of people to have…. It’s like a nice place where I can socialize with people with common interests.
What is your opinion on media portrayal of furries?
It’s annoying. it’s sort of an interesting facet. Among non-furries, it’s a big thing. Well, it’s not a big thing, most people couldn’t give a fuck. But media portrayal has never been great for furries. You know the easiest part to latch onto for it is the weirdness and sort of black labeling of it as sexual deviancy. That’s sort of what a lot of people tend to hear because you don’t hear a lot about it most of the time unless you actually want to get a nuanced view.