Board approves $3 million in budget cuts 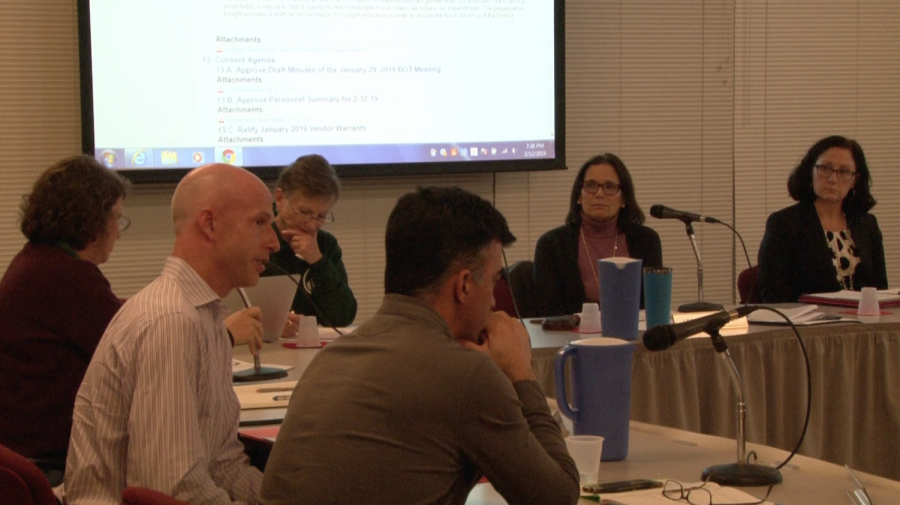 The Tamalpais Union High School District (TUHSD) board of trustees voted to approve a two-year contract agreement between the district and the Tamalpais Federation of Teachers (TFT) union on on Tuesday, February 26.

The Tamalpais Union High School District (TUHSD) board of trustees unanimously voted on Tuesday, February 26 to approve the budget cut recommendations that superintendent Tara Taupier proposed to the board on February 12.

The decision to approve the budget came after a combination of rising enrollment in district schools and growing state-mandated pension rates left the district with an $8 million deficit. A budget proposal for the 2019-20 school year that did not include substantial cuts would likely not be approved by the Marin County Office of Education.

Taupier’s revised recommendations total $2.8 million in reductions, slightly lower than the almost $3 million in cuts recommended in January. (Measure J, the parcel tax which passed in November, is projected to reduce the budget deficit by $5 million over the next three years.) The cuts include custodial and grounds staffing, librarians, Bay Area Community Resources (BACR) services, and athletic budgets.

The revisions to the cuts proposed in January were made as a result of intense backlash that came from students, parents, and staff. Those people feared that the school would lose resources that are vital to students and teachers, such as BACR, which offers free, on-campus therapy to students who might not otherwise be able to afford it.