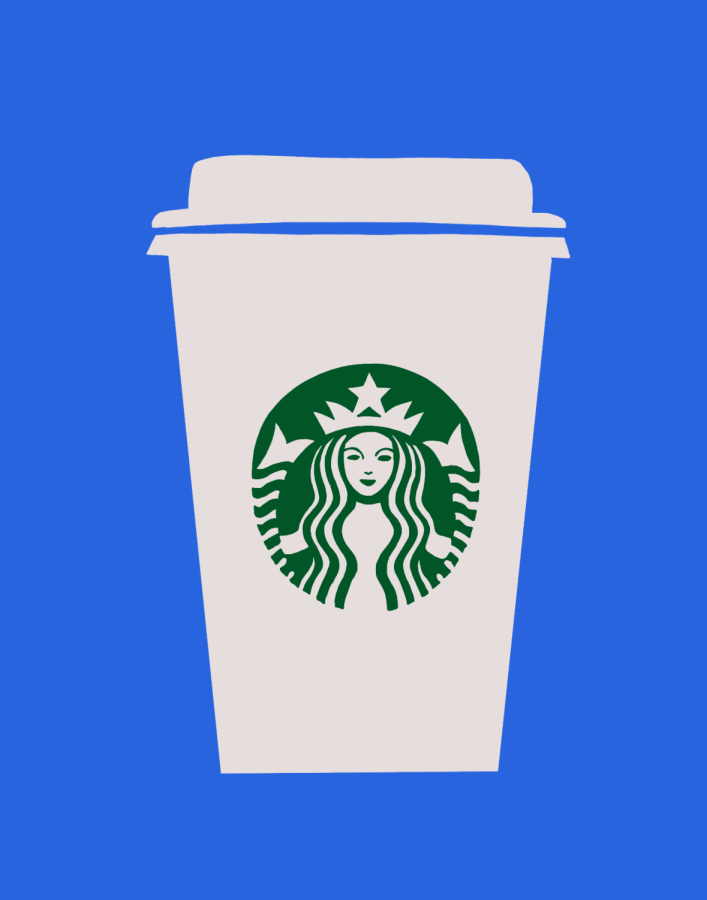 As many members of the Tam Valley community, on my weekends you could often find me at Shoreline Cafe or the Dipsea Cafe with my friends for a good, pricey breakfast. Meals at the popular cafes/breakfast places in Mill Valley take a lot of time and money due to their crowds and questionable prices for a bowl of oatmeal. Because of this, I often find that the day disappears before my eyes when I meet my friends for a 10:30 meal and end up leaving the restaurant at around noon with a full stomach and an empty wallet. On days where it’s actually sunny for once in Chill Valley, I cannot afford to be inside all day when I could quite possibly be getting decently sun burn at a beach, local dock, or even a backyard before the fog rolls in. For this reason, I set out in search of a cafe with convenience, good service, reasonable prices, and sweet, sweet caffeine.

Coyote Coffee is located right off of Shoreline highway and adjacent to Coyote Creek in Tam Junction. Because of their small size, pocketed location, and a primarily local appeal, Coyote Coffee has stayed relatively off the grid compared  to the rest of Mill Valley. With its hours being 5:00 am until 2:30 pm seven days a week, it’s perfect for early commuters or anyone who needs some quick, reliable, food before they go about their day.

I rolled up to Coyote Coffee at 6:45 am on a Wednesday morning with my mom and my best friend to test it out.  While I usually don’t have time or money to buy breakfast in the morning, so I made sure that I gave myself plenty of time to try out their food. Coyote Coffee is in a shared  parking lot with Walgreens and directly next to TJ’s gym. In addition to being in close quarters to Walgreens, Coyote Coffee and Shoreline Cafe lie two buildings away from each other. This could seem like it would stir up some competition, but Shoreline Cafe is more of a sit down restaurant in contrast to Coyote Coffee which is a more quick affordable option.

Approaching the stand, I noticed that while Coyote Coffee may just be very small in size, they still made sure to have 3 designated parking spots for their customers which in my opinion, was very smart if they wanted to attract people driving by who don’t have time to find a spot in the neighboring parking lot. The first thing I noticed about their set up was the patio area they had to the right of the stand. They had outdoor seating with a heatlamp in the middle for anyone who likes to sit and take some time to enjoy their meals instead of taking it to go. Not only is there seating, but the employee working offered to bring out cushions for the chairs and to turn on the heat lamp for us if we wanted to stay to eat. The one employee working at the time was very friendly. He seemed to be on a first name basis with the other customers which also gave it a nice environment of welcoming and familiarity despite the fact that I had never met him before.

The menu was short, but not lacking of the basic beverages such as lattes, hot chocolates, chais, americanos, espressos and more. They also offered some additional beverages such as wheatgrass shots and even thai ice tea. In addition to the array of baked goods that sat on the counter, their food menu had bagel and cream cheese, bagel with lox, cinnamon toast, breakfast burrito and some other typical breakfast choices. The most expensive food was the bagel with lox which was $7.50, an undeniable good deal in comparison to other breakfast joints where their bagel and lox could cost upwards of $11.

The items we ordered were a breakfast burrito with potato, cheese, bacon, and eggs, the lox and bagel, a chai (16oz), and a house coffee (16oz). The man that was working made all our drinks and all the food as we were standing there and so the whole process of making and buying took around 10 minutes or less.

Bagel and lox is one of my go to orders for any breakfast place so it was  a must try for Coyote Coffee. When I ordered it, I was given a choice of an everything bagel, plain bagel, onion bagel, or sesame bagel. I thought that I would keep it simple, so I went for plain. When I unwrapped my bagel from the tinfoil I took off the top of the bagel to examine all the ingredients inside. There were capers, cream cheese, red onions, tomato, and a perfect amount of lox. It was still warm from when the bagel was toasted which nice and added some points in my overall opinion. Bagel and lox is fairly simple to make and pretty reliable to order at any restaurant and Coyote Coffee is definitely on my list for a good bagel and lox. The portion size is not too big to the point where I was awkwardly full and resisting the urge to loosen my belt during my first class, but not too small where I was still hungry for something else within an hour after I ate it. I would recommend this to anyone whos looking for a flavorful breakfast or has an appreciation for bagel and lox. Overall I give this an 8.5 out of 10 because I personally, like my bagel and lox open faced and I also feel like some of the ingredients weren’t evenly spread throughout the sandwich which took away from the overall experience.

Lastly, we ordered the breakfast burrito which was $5. Unwrapping the burrito, I noticed that underneath the tin foil, there was a second wrap which also had a barcode and a label that said Sonoma Muffin Works. Because of Coyote Coffee’s low staff and small place of operation, there isn’t enough room to make all the dishes in house.. Because the burrito wasn’t made in house, it definitely affects the taste quality. It was overall a little dry and a little too small for the wholesome breakfast people usually look for in a breakfast burrito. It was a pretty average burrito so I gave it a 5/10.

The chai latte at Starbucks costs $4.25 for a 16 oz which makes the chai latte at Coyote coffee seem like a real steal because the same size chai latte costs $3.25. My first impression of the chai latte at Coyote Coffee was that it was less strong then the one at Starbucks which I later realized is because they use different kinds of chai tea which changes the flavor. I don’t mind the change of flavor, but Starbucks has more cinnamon in their tea which is a little more preferable than just plain chai tea. I enjoy the stronger taste that Starbucks offers, but the extra dollar that it has on Coyote Coffee makes it not worth the money. I would rate this a 7/10 because while it was definitely a good chai latte, it didn’t really bring anything spectacular to the table.

House coffee at Coyote Coffee is $2.25 for the 16oz. If that sounds like a good price, the same drink costs $1.50 if you bring your own coffee cup. The coffee came black and we honestly put in too much cream for my liking but overall I still enjoyed the coffee and definitely feel I bought it at a good price. Coyote Coffee gets its coffee beans from Thanksgiving Coffee which according to their website, has been roasting since 1972 and even won best roast in 2017. Their motto is “not just a cup, but a just cup” which was clever and appealing to my eyes to have that sprawled across the front of my cup. Thanksgiving coffee is organic and purchased solely from small scale farmer co-ops. If you’re feeling curious, you can even visit their website to “meet the farmers” and really get to know the birth of the beans. I give this coffee a 7.5/10 but in the future I would have tasted it before any cream was put in because I definitely put in too much which likely brought down the overall score.

In all, Coyote Coffee is a reliable place to get your morning coffee and breakfast. Some advice I would give to a first time customer is to order the food that you know is either made in house or a baked good such as the bagel and lox, muffin or scone if you want to have a consistent option. The employees are friendly and will go out of their way to make your experience more enjoyable. Prices are almost a dollar less than Starbucks and a good deal for a Mill Valley coffee shop.  I enjoyed my time at Coyote Coffee and will definitely be returning.