Running to the Rescue 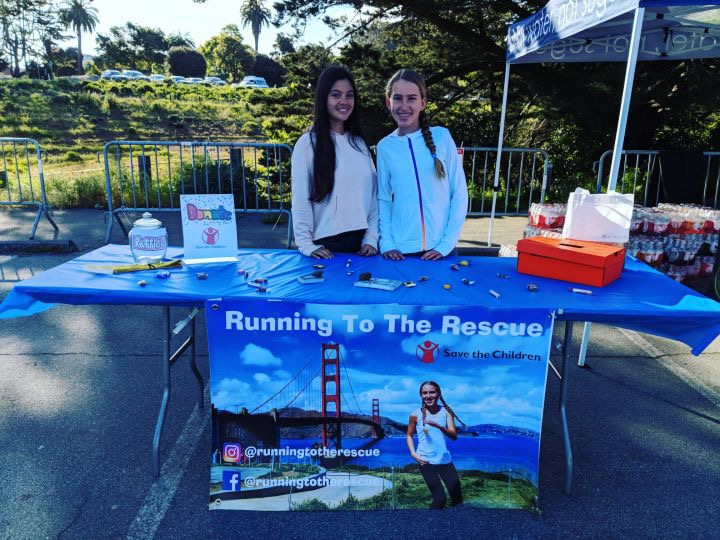 Many high school students run for teams, but it’s undeniably rare when they combine that passion with raising money. For freshman Yasha Zink, this is the case. It wasn’t until recently that Zink realized her passion for running and the success that came along with it. “I started running in sixth grade with The Dipsea Kidz Program. I ran the Dipsea for the first time in sixth grade and I was in the runner’s section. I ended up qualifying for the invitational section and I’ve run it every year since,” said Zink.

Zink’s enthusiasm for running also came with determination. She has started an organization called Running to the Rescue where she raises money for Save the Children, an organization that helps children in need in the U.S. and around the world. “I started the fundraiser Running to the Rescue in August of 2017. In fact, I saw an ad on Instagram that promoted fundraising for The Save the Children Organization and thought, why not do something I am passionate about to raise money for such an important cause,” she adds. Since then, Zink has had much success with her organization efforts. She has already raised over $7,000 and her goal is to raise $15,000 by the end of the year.

“I am currently partnered with Athleta and I do events with them every once in a while,” said Zink. On March 3, Athleta offered an exclusive special for friends and family where all items were 20% off purchase. A portion of the proceeds got donated to Zink’s fundraiser in an effort to support her mission.

“This year I am looking forward to hosting the 2nd annual Ice Cream Fun Run in May of 2019 and I am hoping to double the amount of money I have currently raised by having multiple companies match the total proceeds that I earn from the race,” said Zink. The race will be located at Blackie’s Pasture in Tiburon and will begin at 9 a.m.

“Running is my passion,” said Zink. “So why not do it to raise money for a good cause?”