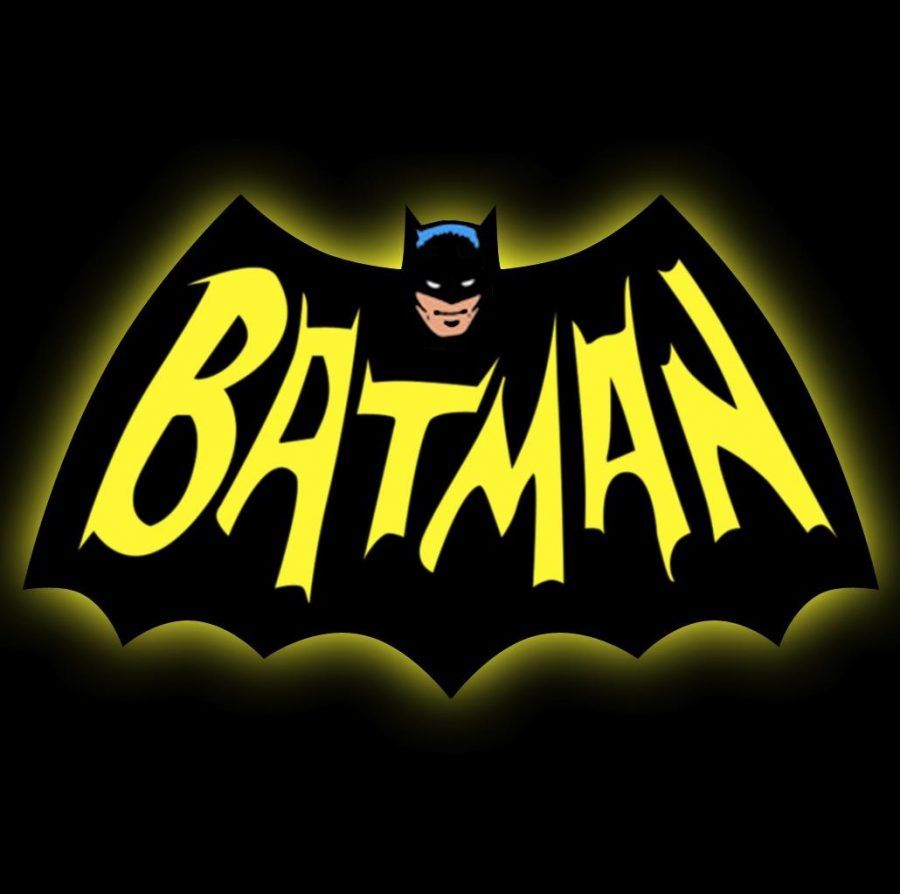 A muscled man in a tight gray-and-black suit races to a fireman’s pole hidden behind a bookcase, the pointed ears of his mask flapping as he descends. Close behind is a blur in a red vest, gold cape, and green speedo, who slides down with excessive enthusiasm. This is no ordinary matchup of two camp, tackily dressed weirdos. This is the legendary crime-fighting team of Batman and Robin.

First broadcast in January 1966, this may be an unfamiliar adaptation of the original DC Comics, starring Adam West as Batman and Burt Ward as Robin. Rather than the drama and action seen in recent years, it was presented with a comical tone, incorporating jokes, wordplay, and absurdities not expected from superhero shows of today. This displays a generational shift in television taste, as Batman opted for sharp, lighthearted humor for the viewers, rather than suspense for an audience willing to be immersed.

I was immediately captivated by author Neil Gaiman’s comments on Batman, one of his favorite childhood shows, during his interview on “The Nerdist” podcast (publicly available on the Nerdist website and free on iTunes). “I had no idea it was meant to be funny,” he recalled. Always up for a laugh, I searched a couple clips on YouTube, and soon realized I needed more of these nonsensical, almost surreal premises in my life. Drowning mice with the power of flute music? Wrestling a shark on a helicopter ladder? Were these common scenes during this decade? Whatever it was, I was tearing up laughing, and was eager to watch a 25-minute episode.

The pilot, “Hi Diddle Riddle”, introduces average citizens Bruce Wayne (Batman) and Dick Grayson (Robin), masquerading under secret identities to fight crime and protect Gotham City. They receive a call from the police to solve a clue left by The Riddler, a villain known for leaving such hints leading to his misconducts. At this point, I realized it would be detrimental to my enjoyment of the show to question the storyline’s logic, and the best strategy would be to just go with it. I learned to accept and relish Robin’s non-sequitur catchphrase; exclaiming “Holy _____!” with various unrelated words (“Holy barracuda!” or “Holy ashtray!”).

Throughout the episode, The Riddler leaves various clues and rid- dles for Batman and Robin to crack. I laughed a bit too hard at the solutions, as they were mostly awful, groan-inducing puns. What delighted me more than flamboyant costumes or ludicrous plots was the witty manipulation of language, lines like

“Stake out that art gallery like you would a circus tent!” that could be perceived as too subtle for contemporary broadcasting. Another hilarious scene was when Batman was poisoned at a bar and trying to start the Batmobile, but the police confiscated his keys, saying, “I’m afraid you’re in no condition to drive.” I lost it, and had to pause the video because I was in hysterics.

Thanks to Neil Gaiman, I’ve been introduced to an unexpectedly enjoyable show, one I’m keen to continue watching. This old version of Batman was completely different from more serious comic book adaptations; it was silly yet deadpan, and sometimes downright ridiculous, in a charmingly cheesy way. Jokes that fly over children’s heads can send mature audiences into fits of laughter, while still possessing the energy and bizarreness that appeals to young viewers, an art not present on today’s kids’ channels, as media is more readily available to specific consumers. However, these clever antics may have lost meaning out of the context of the Swinging Sixties, and I’d advise reading up on broadcasting limitations to appreciate and experience the era. As Chris Hardwick, host of “The Nerdist”, said to Gaiman on the podcast, “As much of a follower of comedy as I was, it never occurred to me that that show was tongue-in-cheek. I always just wrote it off as the ‘60s, ‘ah, they were weird and avant-garde back then, everything was just weird.’”

Written by Cassie Jeong. This article originally appeared in the September 2011 issue.