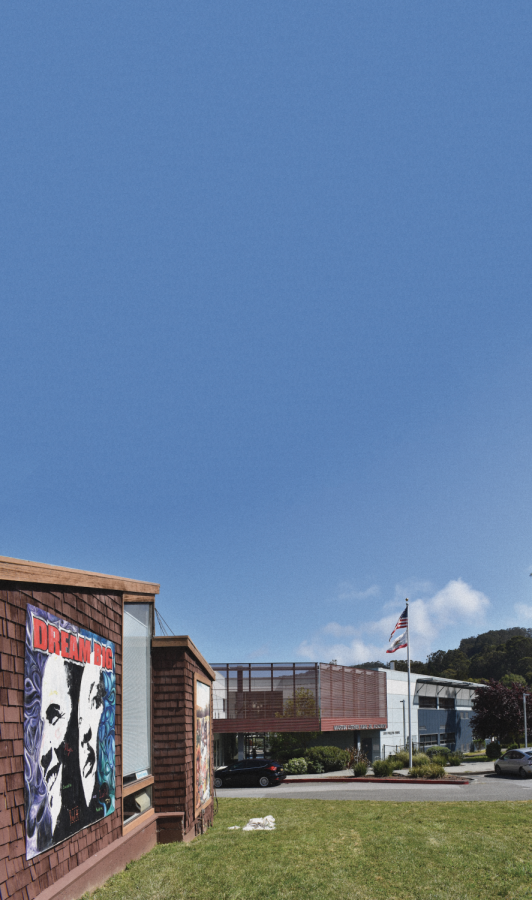 The Sausalito Marin City School District (SMCSD) was accused last December by the California Attorney General’s office of segregating schools on the basis of class and race, according to a letter obtained by the Marin Independent Journal. The district, comprised of two K-8 schools, Willow Creek Academy and Bayside Martin Luther King Academy (MLK), feed into Tam. Willow Creek, a charter school, is alleged by the Attorney General to serve the largely white Sausalito population, leaving Bayside MLK to serve the more minority populated Marin City. The district has been accused of operating two segregated campuses when it could have been avoided.

“If you just look at the numbers, you have a segregated school at Bayside MLK,” SMCSD interim superintendent Terena Mares said. 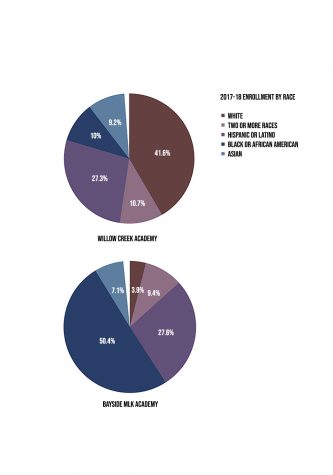 “There was a report by the Fiscal Crisis Management Assistance Team (FCMAT) … that identified a variety a of issues and concerns, and one of them had to do with issues related to whether or not there were issues with segregation,” Marin County Superintendent of Schools Mary Jane Burke said. The report, released in August 2016, is seperate from the attorney general’s letter, was spurred by Burke, after asking for an update on the status of the district.

“The Marin City community also has cause for dissatisfaction,” the FCMAT report read, “as it has experienced segregation, low expectations for student performance, and resulting low student achievement for multiple generations.”

The report highlighted the racial and economic differences between the predominantly rich, white community of Sausalito and the less wealthy and more diverse Marin City. According to the FCMAT report, this racial disparity is apparent in the student populations of the two schools. “The differences between Bayside MLK and [Willow Creek Academy] … are so significant that enrollment cannot be described as reflective of the district.” Willow Creek recorded around a 40 percent black or Hispanic population and around 40 percent white in 2014-15 , the latest year in the report, while Bayside MLK’s racial makeup was around 80 percent black or Hispanic and 4 percent white.

The racial imbalance is not unique to Sausalito and Marin City. Another study by the non-profit Race Counts found Marin County to have the most significant racial inequity of any county in California, with high disparities in the justice system, economic opportunity, and housing. Indicative of this, some minority students, many of whom come from the Sausalito district, have struggled at Tam, according to the 2018 School Accountability Report Card. 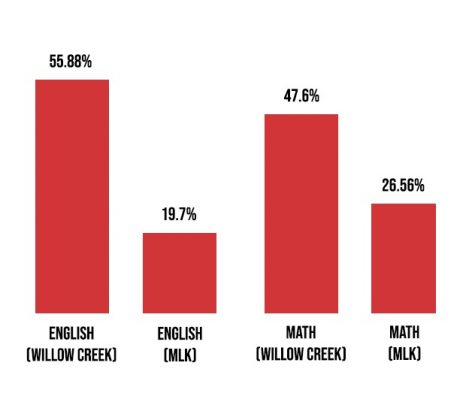 Mares reiterated multiple times in her interview that she was not able to speak about the ongoing legal matter. What is known is that district oversight was spurred by the indictment of then-superintendent Steve Van Zant in 2016. Zant’s legal troubles stemmed from illegal relationships with a series of San Diego charter schools, during the time Willow Creek was being accused of receiving additional resources not allocated to Bayside MLK. Discrepancies in the finances between the two schools also cast a shadow over the succeeding superintendent, Will McCoy, until his resignation to take a job in San Francisco, according to another report by the Marin IJ.

How exactly the district plans to move forward at the moment is still unclear. When asked what the district anticipates in terms of change, Burke was unsure. The district will, on May 9, approve a final draft of its “Vision Plan” according to the Marin IJ, one that will address the recent spending cuts at Bayside MLK and establish a “community school” as a local additional educational resource in a bid to raise the educational standards of the the area. But the plan is separate from the issue of race, and does not by itself intend to desegregate the district.