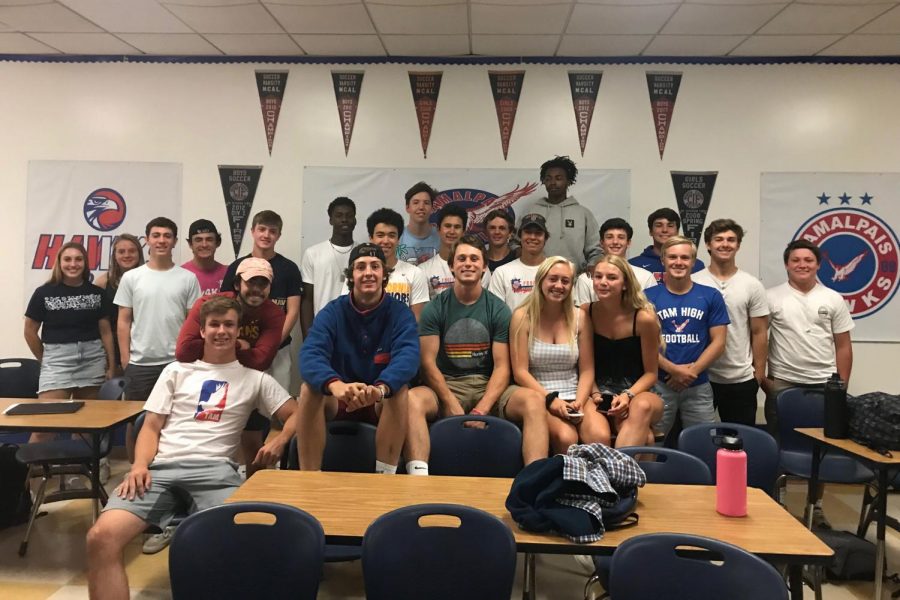 As the school year begins, so does a new program aimed toward boosting Tam athletics. This year, acting upon PE teacher and boys varsity soccer coach Dustin Nygaard’s idea, the athletic department is creating a new athletics tutorial program, where selected student athletes are placed in a single tutorial class.

Christina Amoroso, the head of the athletics department, claims the intent of the new tutorial is to connect athletes who normally wouldn’t interact with each other outside of their respective sports.

“Our goal is to get a collective representative of all of our sports, all levels, and get everyone in the same room, with an opportunity to be almost like an athletic leadership program,” Amoroso said.

Currently, most athletes in the program are upperclassmen, with representatives from all sports present.

Students were selected for the program by Amoroso, Nygaard, and social studies teacher and basketball coach Tim Morgan, with input from other teacher coaches.

While the athletic tutorial continues to develop, one of the most important points of emphasis for the new program is to build a sense of community around sports.

“The recurring theme has been more support for all sports across all genders,” Morgan said. “There are a lot of athletes here doing great things that people ought to be aware of, so getting more people to those games, as well as being academic support for people within the entire program.”

Another area the two coaches emphasized was leadership training, allowing athletes to take what they learned from the program and their fellow student athletes, and use it to become team leaders.

“We’re hoping that the people in this room will be leaders on campus, as well as setting the trend for positive behavior in games,” Nygaard said.

Senior and boys varsity basketball player Sammy Blair said he was excited for the opportunity the new program provided, especially because it addresses the difficulties of being a student athlete.