Tam’s use of honors and AP classes makes math and science the most competitive route, diminishing opportunity in other academic interests. 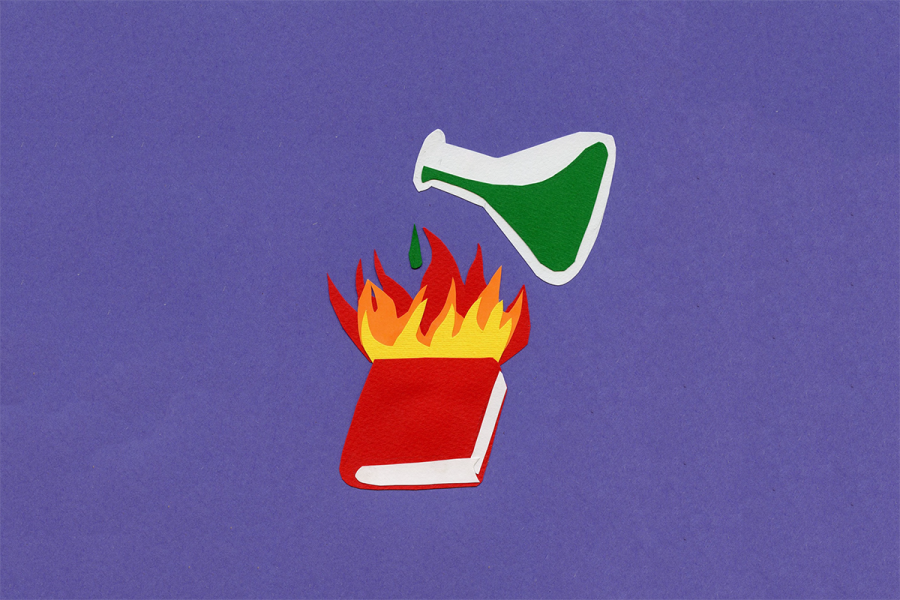 As I enter my senior year, I’ve been forced to reflect on the blink that was high school. I’ve had a fire time, and I’m ready for what my next chapter in life may be. Yet, I admit to a pang of remorse over my transcript. While I tried my hardest in school, my numbers are not as competitive as others in my grade. I took the classes that I wanted to take, which inadvertently led me on a path of weaker scores at Tam, a school which caters to students interested in STEM.

I was already thinking of the presentation of my transcript as an underclassman. I love to write, so it was a logical choice my sophomore year to join the journalism class. I doubled in English by taking both English 3/4 and Advanced Journalism (although Journalism isn’t a UC-approved English credit, the feeling is there). There was no additional honors or Advanced Placement (AP) course for English. I’ve always been a bit competitive though, so I sought a way to bring up my GPA. I took Honors Integrated Science (IS) 3/4, the only mandatory sophomore class, other than Honors Advanced Algebra, that offered an advanced option.

I’ve never been much of a scientist. I took Honors IS 3/4 in the interest of my transcript — I didn’t care about the class content. That wasn’t the case for everyone though, and many students in my class were already looking to a STEM future. There were students in my class who doubled in science, much like I doubled in English. This is where the gap began.

Students who wished to double in science my sophomore year could take honors science electives like Chemistry and Physiology in addition to IS 3/4, which was also offered as an advanced class. By simply being interested in the right subject, they had the chance to earn a potentially higher GPA. I, instead, doubled up on English, which offered no bump.

Tam has since ended the IS curriculum, and the new three-year program does not offer honors separation. Even so, the other honors electives are still offered, along with a significant amount of additional credit. There are 16 year-long science courses offered this year, three of which are honors, and four of which are APs. It’s a similar case with math: 15 year-long courses offered, three honors, four APs.

Other departments at our school don’t offer nearly the same number of GPA boosts. Tam offers 11 English courses, with only six full-year courses. Two of those are AP, and none are honors. There are 17 social studies classes, but only five are full-year, and only two of those are AP. If I had wanted to focus my academics on English or history, the courses would not have benefited my transcript the same way.

I’m fine at math. But while I can do math, I don’t want to devote the majority of my time to it. I’d much rather be learning about history, and, by extension, our modern world. Unfortunately, there are no advanced history courses designed for underclassmen. So I took the two years of mandated general education. Math, on the other hand, provides honors classes for those who can keep up, regardless of grade. My peers in freshman year were already bumping their GPAs up for being strong math students, leaving me in the dust.

I don’t regret the decisions I made in high school — at least not those regarding my schedule. I took the classes that were right for me, and I am OK with the fact that my transcript may have suffered a little from that choice. My issue with the additional honors and AP courses offered at Tam is that by boosting math and science scores, the classes available create the perception that STEM students are more competitive, or “smarter,” from a numbers standpoint.

This altered view of achievement creates a culture at Tam where math and science are valued more highly, drawing bright students seeking the most marketable, college-curated path. We’ve all heard before about the “pressure cooker” where we live, so it’s only logical that the most competitive people would be guided to the most competitive route. This doesn’t provide fair representation for the ambitious students who don’t wish to be a doctor or an engineer, for while they are just as intelligent, their interests are not being similarly rewarded.

STEM should not be the only path for driven people at our school. This situation isn’t unique to Tam, though. Nationwide, schools have been scrambling to teach their students what they believe are the necessary skills for the newly STEM-dominant age, competing with other countries for the highest scores. What everyone seems to have forgotten, though, is the world doesn’t run on only STEM — we need teachers and artists and lawyers and firefighters and writers and musicians and politicians and police officers and journalists to keep things running smoothly.

It is Tam’s responsibility to teach students that these paths are of equal value. Differences in academic interests do not equate to differences in intelligence.

In my ideal world, GPA boosts would not exist. Students would build their transcripts solely on the classes they are interested in, their reward being the knowledge they gain. This may never happen, but Tam should at least provide a more proportional opportunity for the classes provided; there is no reason that there are 11½ more years of science classes offered at our school than English. The same balance should go for grade boosts. If Tam is offering seven opportunities for GPA bumps in math, why are there only two* in social studies? Tam needs to stop telling students that to be successful you have to be a scientist, because my word-loving friends and I deserve just as much respect for wanting to be journalists.