Editorial: Not on schedule 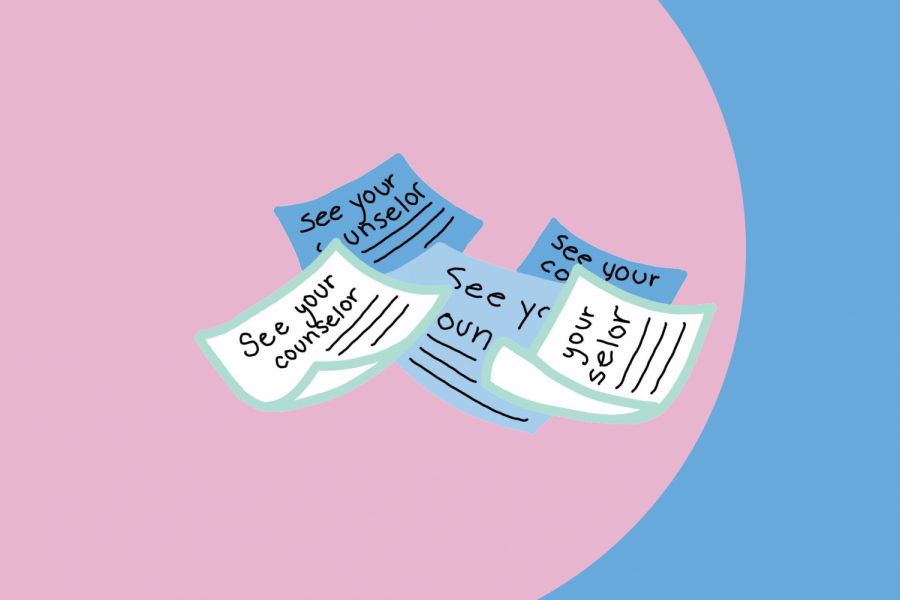 On the first day of school, in accordance with Tam tradition, students rush to change or fix their schedules. This year something was different: Many students started running into difficulties, starting with considerably longer waiting times to meet with their counselors. Fuller classrooms and the elimination of several class periods, consequences of the districtwide budget cuts passed at the end of the last school year, have compounded the problem.

Parts of the scheduling conflicts were unavoidable. But there were many places where they could have been handled more smoothly.

Even a week into school, whole classes were transferred to different teachers and students were left with free periods in the middle of their days. Of course, the increase in class sizes and consolidation of classes made organization difficult, but when students tried to fix their schedules, they faced impossibly long lines, unanswered Google form requests, and overworked staff.

At the same time, the Tam administration has faced extremely high rates of turnover. Two new counselors and two new assistant principals have been added this year, and several have left Tam over the recent years. A lack of administrators who are familiar with the school does little to alleviate scheduling issues, swamping new and hopefully long-lasting staff in a flood of frustrated students, emails, and angry parents.

Students change their mind about courses and, sometimes, about teachers. Non-essential preference changes will be a part of the early school year for as long as Tam allows them. But essential changes should not be. Class preferences were submitted in February. We received our class schedules in August. There should not be, after that amount of time, such a significant number of students with unfinished schedules. It does a disservice to the students, who are here to pursue an education, and to the counselors, who are here to facilitate that pursuit.

While The Tam News understands that many of the issues facing students at the beginning of the school year were handled to the best of the staff’s abilities, we believe that there were some things that could have been done differently. For instance, students could have been given their schedules a week earlier, as they were in other Tamalpais Unified High School District schools. This would have provided ample time to discover and address problematic schedules. It would have kept the lines on the first week of school shorter, and the classrooms fuller.

Next year does not need to fall out the same way that this year and past years have. While we welcome our undoubtedly talented new administrators, we all deserve investment in a core staff that doesn’t take their experience with them at the end of each year. And counselors deserve a lighter caseload, even if it means appealing to the public for proper funding. We understand that the district is struggling, but that is not the students’ fault. We lose time and patience with the education system when we stand in lines instead of sitting in classes.