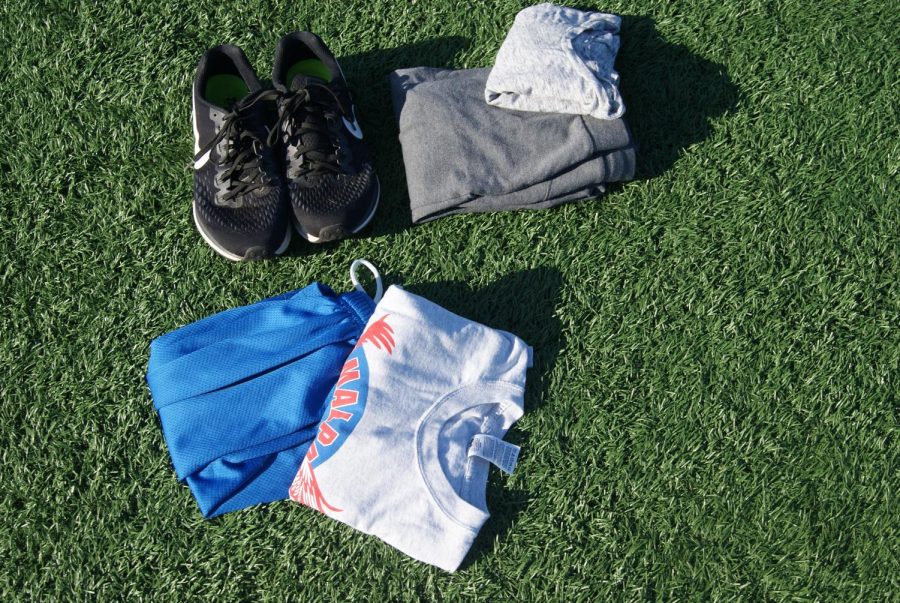 This year, as a result of districtwide budget cuts, the PE department discontinued the use of uniforms, instead requiring that students provide their own athletic attire compliant with the PE dress code.

PE teachers Jennifer Harris and Lorna Sturgeon declined to comment on the change.

According to the new policy, PE students are allowed to wear the old uniform or their own clothing, including athletic sweatpants or shorts of an appropriate length, athletic shoes with laces, and tops that are not low-cut.

“My understanding is that it was due to budget issues that were happening last year in the district, but I don’t have a lot of details on the decision making process that led to that,” assistant principal Connor Snow, who oversees the PE department, said. Snow was not working for the school when the decision was made.

“It’s a transition right now, clearly. The nuts and bolts will be figured out as the year goes on,” Snow said.

“Going into class being able to wear your own athletic clothes was really nice,” sophomore Ariana Greenberg said. “My clothes actually fit and they are a lot more comfortable.”