With a sub-five-minute mile time and a top 30 ranking in the state of California, junior Tomo Sharber has his sights set high. 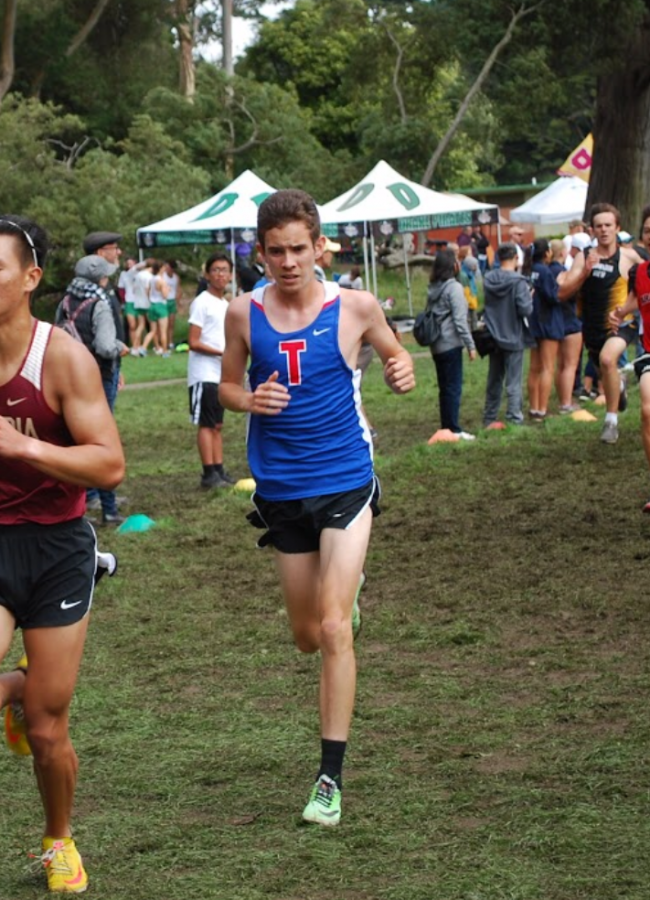 Junior student athlete Tomo Sharber has big goals this cross country season — making it to the state championship. Running a 4:37 mile, and currently top 30 in the state for juniors, Sharber continues to look toward reaching his goal.

Last year, not making it to the states was a disappointment. Determined to achieve higher this year, Sharber has a plan of action and the passion for executing it — committing to training outside of practice as well as keeping track of his personal goals. Sharber runs six out of the seven days of the week, and does so not only to improve but because he loves it.

“Running you get that sense of self-achievement after you do something big that you just wouldn’t get out of other sports,” Sharber said.

“It’s about following a system, trusting the process, putting in the work, especially on those hard workout days, just really pushing through.” Sharber said.

By applying these training habits, Sharber thinks he can improve upon other aspects of his life.

“I think school is a lot about staying following a plan, and staying organized even when things get hard.” Sharber said.

While his coach doesn’t mandate going on a meal plan, Sharber has taken the responsibility to do so himself, acknowledging the role food plays in his athletic performance.

“You get to this point where you know you’re eating like shit, and then you see it as well you feel it,” Sharber said.

Cutting junk food out of his diet is hard, but Sharber is determined and holds himself accountable for his eating habits, no longer indulging on “junk food” like candy or soda.

Additionally, for Sharber, the mental aspect of running is huge and he admits he gets nervous before big races. Music has proven to be a good outlet, and Sharber utilizes it as a resource to get out of his head, prerace.

“Before the race, I listen to anime music, like Jpop … Listening to the openings gets me hyped up and reminds me of the good things coming,” Sharber said.

Currently, Sharber sees himself running in college, and is open to running to anywhere at the collegiate level, whether that’s at a D1 school or for a lower level like NAIA. Recognizing the commitment that running for D1 takes, Sharber considers what he would most like to get out of his college experience.

“I’m fine with anything as long as they let me have academics over athletics because I know for some schools they want you to major in running … It’s a lot, but it’s what you’re signing up for,” Sharber said.

Despite Sharber’s successes in cross country this far, he considers himself a fairly new runner, only having started running freshman year.

“It started as a way to train for baseball, but I kinda said screw baseball I like [running] way more,” Sharber said. However accidental his discovery for running was, Sharber is thankful that it has become a part of his life; he said, “I started running and have loved it ever since … I haven’t regretted a single thing.”