Administration and ASB close campus for the next Unity Day 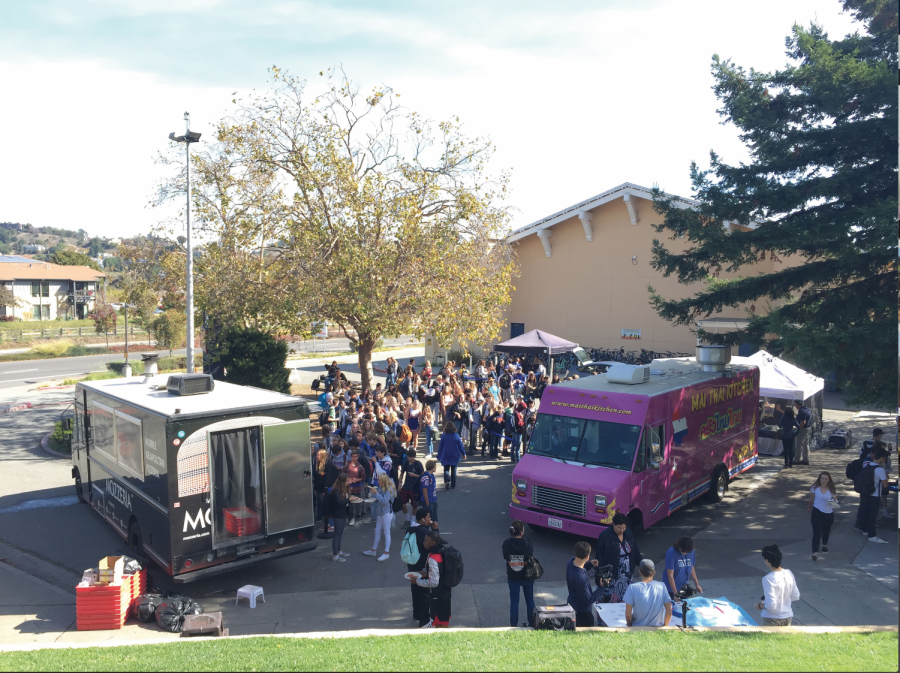 The Associated Student Body (ASB) and administration decided to close campus during lunch for the Tam Unity Day on Friday, October 25, and potentially all subsequent Unity Days. According to ASB advisor Nathan Bernstein, Unity Day will be closed-campus in hopes of restoring the event’s initial purpose: to unite the student body.

“The whole idea of Tam Unity Day is that kids get a longer lunch to really decompress and spend time with each other and have a unifying event on campus. And what we found is that kids use the extra 20 minutes to drive all the way to Chick-fil-A,” Bernstein said.

The new policy was finalized last year by ASB and the former administration. It has not been confirmed for future Unity Days, but ASB and administration will make their decision based on the outcome of this event.

“The spirit of Tam Unity Day is really supposed to be about relaxing and taking time away from the rush of eating lunch … it’s designed to de-stress and decompress and be able to build relationships and just relax,” said Principal J.C. Farr, who made the final decision to close campus on Unity Day.

The administration will enforce the new rule by patrolling the campus, ensuring that students do not leave during lunch.

In addition to the closed-campus lunch, ASB will change the structure of Tam Unity Day to accommodate the entire student body.

“We will have around eleven [food] trucks, including some local businesses that students like to go to for normal lunch so they don’t miss out,” sophomore Abby Brooks, Unity Day Committee member, said. Students can purchase $6 food vouchers on the Tam website, which buys $10 worth of food from food trucks at the event.

The committee is aware students may push back against the new policy, but they are hopeful the event succeeds in unifying Tam more effectively than in the past.

“I feel like it’s just going to cause more backlash because students don’t like change,” sophomore Sydney Boyd said.

“I know that there are a lot of people at Tam that want more school spirit and community and this is a great opportunity for them to contribute to creating that atmosphere,” Brooks said.