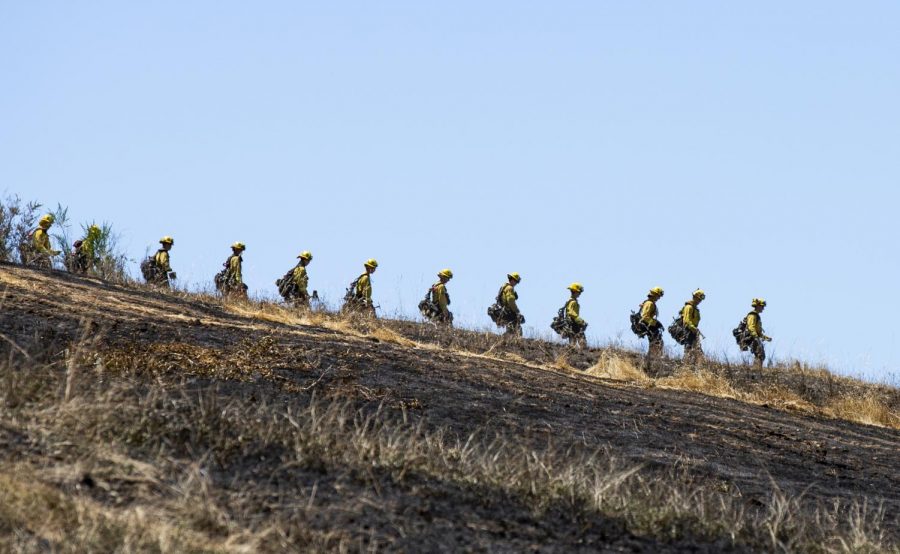 By Summer Solomon and Johanna Meezan

The Pacific Gas and Electric Company (PG&E) performed a Public Safety Power Shutoff (PSPS) across California to over three million people in October in an attempt to prevent wildfires being sparked by faulty equipment.

This was partially in response to investigations that found PG&E’s transmission lines were responsible for catastrophic wildfires in 2017 and 2018, including the Camp Fire, which killed 85 people.

“For public safety, it may be necessary for us to turn off the electricity when gusty winds and dry conditions, combined with a heightened fire risk, are forecasted,” PG&E said in a news release.

The blackouts came in the form of two PSPSs. The first shutoff, which affected almost 2 million people statewide, began in some parts of Marin County — Mill Valley, Bolinas, Sausalito, and Stinson Beach — on October 9 and continued through October 11. The second shutoff began on October 26 and affected an additional 940,000 people, including all of Marin. The blackouts resulted in the closure of Tam High on October 10 and of all Tamalpais Union High School District (TUHSD) schools from October 28 through October 30.

On October 23, prior to the second PSPS, the Kincade Fire broke out in Sonoma County, resulting in mandatory evacuations throughout the county.

“My aunt and uncle live up in Windsor so they had to evacuate … And then my family was in an area that eventually switched from an evacuation warning area to an evacuation mandatory area, so we had to get them packed up and ready to leave,” social studies teacher Arielle Lehmann said. “I ended up driving to stay with my boyfriend in Vallejo, where another fire broke out and we ended up being evacuated.”

The day before the first power shutoff, TUHSD superintendent Tara Taupier wrote in an email to members of the community that there would be no change to the school schedule on October 9 as it was already a school holiday, Yom Kippur, for the district. She went on to state that if the PSPS continued to the following day, school would be canceled. The district policy as detailed by Taupier also states that if a power outage occurs while school is in session, the school will keep students, if at all possible, in class through the end of the day.

The TUHSD does not yet have a plan to make up the days of school that were cancelled due to the power shutoffs.

“We are working with both the California Department of Education and the county office to determine what our best next steps are in regards to missed instruction,” Taupier said in an email.

The second outage occurred within the week before Friday, November 1, when many early applications for colleges and universities were due. As a result, many seniors were forced to leave Marin to finish their applications, and some schools extended the deadlines for students from California.

“I basically had to leave Marin in order to get any work done or just find somewhere to work … I was able to get my work done, but it was definitely more difficult and I lost a lot of time I could have used to improve my applications,” senior Talia Beyer said.