We must speak for the trees 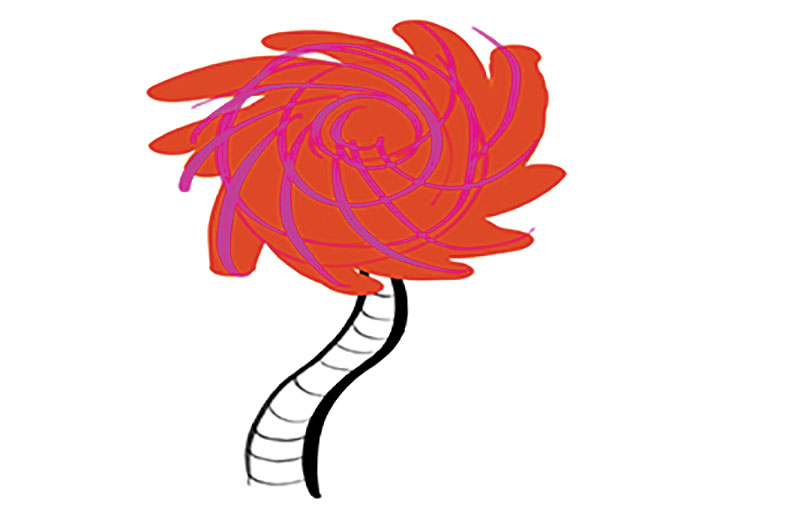 A long time ago, a wise doctor once told a story that would thrive and live on in the pages of a children’s book for 48 years and counting, The Lorax. However, in 2019 the vivid animations and thneeds that were meant to stay on paper are appearing today around the globe. Beautiful lands, full of luscious trees and animals would soon be destroyed for the greedy and malicious acts of humans.

The Lorax, or the embodiment of nature, depicts the story of how the Once-ler came into a beautiful forest of truffula trees and cut down all the trees to make the thneeds. The thneed is a knitted object from trufulla trees that has many benefits for humans convenience. The Lorax’s entire existence is dedicated to “speak for the trees,” since they are not able to stand up for themselves to these acts of human nature.

After rereading and rewatching The Lorax, and Dr. Seuss’ critical warning of the planets wellbeing, it made me reconsider everything I knew. First off, I realized the main underlying goal of humans, themselves. We have seen numerous times human beings going into beautiful places and destroying them for their own selfish gains. We have seen humans destroy entire ecosystems. We have seen them nearly wipe out the entirety of species for materialistic items. For instance, the northern white rhino has been hunted and poached for their horns, because of their high value in status and price. But most recently, we have seen the unspoken atrocity of the Amazon in Brazil. The Amazonian fires started due to the incessant need of supply and demand. 7,200 square miles of the Amazon was destroyed and burned to the ground due to humans and their ignorant needs. One of the main reasons the fires occurred, and continued to spread destroying the Amazon was deforestation for the means of cattle ranching.

Secondly, Dr. Seuss’ message made me understand how the progression in society has affected our planet. I’m not saying that progression hasn’t had many benefits in society. For instance, we can finally live in a world where it is accepted and recognized by the United Nations that access to clean water is a is a human right. Although many people around the globe don’t have that gift, it is considered essential for survival. Technological advances and other conveniences has progressed, and continuous to progress but within these efforts, it has depleted the overall quality of life in terms of the environment for various species and habitats.

Finally, by rediscovering The Lorax and its true meaning, it made me reflect on my own actions. Our society has developed, and don’t get me wrong, it’s convenient. I live in the perks of it all. I do the same thing as everyone else. I know the underlying meaning of my actions but yet I still like the easiness of two day shipping and I disregard what that means for the planet. I forget that in two day shipping the amount of carbon that is entering the atmosphere because of how much transportation is needed. I, like many people, are so reliant on these benefits that I disregard and don’t want to think about the damage my convenience is causing the planet. For instance, I prefer a cheeseburger over a veggie burger and I take long showers wasting a lot of energy. Despite my flaws, I want to change. I need to change. We all as a community and as an entire whole planet need to change.

We are at the brink of a mass extinction, and unlike prior times where this has occurred from natural causes like asteroids, volcanoes, etc., this mass extinction is caused almost entirely by humans. These realizations and epiphanies physically hurt me. It hurts me to see what is happening to our planet. It hurts me to see how much people don’t seem to care. But also the planet’s demise is physically hurting me, but not only me, you too. We live as a guest on this planet and yet we walk all over it like we own it. We are just moments in oblivion, the planet will survive on with or without us. Unlike the Lorax, we don’t get a last magical tree, we don’t get another chance, we are lucky to live on a planet like this and it is our obligation as human beings and as a guest on this planet, to care for it.

I believe at this point in time, climate change due to human action is a regularly accepted concept supported by many scientists. And yet for some reason, I am seeing minimal to no effort to try to appeal these atrocious acts. People are so reliant on these benefits, like two day shipping, that they disregard and don’t want to think about the damage their convenience is causing the planet.

We have spent too many days, talking and preaching about climate change, the effects, the future, prosperity. It is time to actually act on these efforts and make a change in society. I have learned I can’t change the opinions of everyone. Not everyone is going to want to pick up trash they see, or turn off their cars when they’re parked, but its simple acts like these that can do the most to improve the environment. Giving up a simple thing like a cheeseburger every once in a while to prohibit the American culture of supply and demand could be so beneficial. People overlook these simple tasks for their own self benefit, but realistically if everyone could care a little bit about the planet … it could do great things.

It is our obligation to speak for the trees as well.

Time is of the essence.