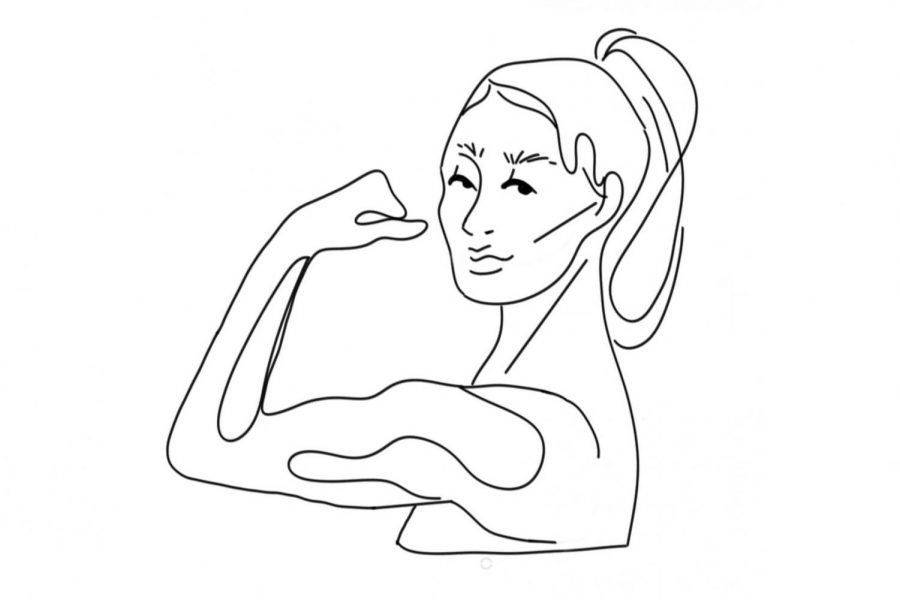 In the modern era, women have broken barriers in sports, continuously trying to gain more freedom in the competitive field. Billie Jean King, the world-renowned tennis player, proved the athletic ability of women compared to men in the famous 1973 “Battle of the Sexes” tennis match where she beat a famous male rival tennis player. In 1989, Tracy Edwards created the first all-female crew in the Whitbread Round the World Race, the most dangerous sailing competition in the world. Now, we have a new female advocate named Caster Semenya, who is fighting against gender discrimination in major track and field competitions.

Semenya naturally has larger amounts of testosterone in her body, and as a result she is being denied to compete as a woman in such races unless she takes medication to reduce those levels. Semenaya was naturally born female and her heightened testosterone levels are not attributed to a gender transition, but that should not alter the severity of the issue. Transitioning females and biological females alike should be able to perform in female sports. The International Association of Athletics Federation (I.A.A.F.), which is “track and field’s governing body,” according to the New York Times, has created regulations that women may only compete in advanced track and field competitions if their testosterone levels are below 5.0 liters (normal levels can range from 1.5 to 7.0 L of testosterone in women, according to Medical News Today). However, with the polarizing debate over gender, rulings and restrictions such as these reveal a larger issue: by restricting women based on their testosterone levels, competitive track and field is becoming less and less progressive.

The Court of Arbitration for Sport ruled that the I.A.A.F.’s regulations were discriminatory, but that this discrimination is “a necessary, reasonable and proportionate means of achieving the IAAF’s aim of preserving the integrity of female athletics,” according to Vox. They are recognizing the discriminatory nature of this female testosterone regulation, and yet are still condoning it, to “level the playing field.” At what point then is discrimination justified on this basis?

The ruling overlooks that the fundamental basis of sports is inequality. If there wasn’t inequality, then competitions, first place and gold medals would be completely meaningless. There is always a best and worst in sports, and that is part of its competitive spirit. When artificial enhancements contribute to unfair advantages, it is logical that organizations and institutions in sports have tried to stop the use of enhancing drugs such as steroids. But natural human biological characteristics are not unfair advantages. The I.A.A.F. claimed that restricting Semenya and other women with higher testosterone levels from sports was because they would have an unfair advantage with higher amounts of “muscle mass, strength and oxygen-carrying capacity.” However, there are natural endowments about people’s bodies that may give athletes an unavoidable advantage in competitive sports, but these characteristics are not being regulated like testosterone. For example, as a reader under the name “DP” commented on a New York Times article, women with longer legs give them longer strides as they run, inherently making them faster than some other players. However, the I.A.A.F. isn’t restricting taller women from playing, because it’s a natural part of who they are. The same thing should apply to testosterone levels. This is an uncontrollable thing that happens in human bodies, so the same rule should apply. Making these women take medication to reduce their testosterone levels has uncomfortable side effects, such as fatigue, hot flashes, decrease in strength, increased body fat, and effects on metabolism, according to the magazine Healthline. So, if anything, the I.A.A.F. and various courts are putting these women at a disadvantage to their female counterparts that are considered less “manly” because of their hormone level.

Since testosterone is seen as a “male” hormone there is an underlying message of traditional “male-and-female” stereotyping within this regulation. Semenaya is a woman, and is not being allowed to play female sports because she has an increased amount of “male” hormones. It is curious that a sports organization will say that this natural condition, associated with gender, is unfair, when other kinds of imbalance are celebrated as part of the nature of sport.