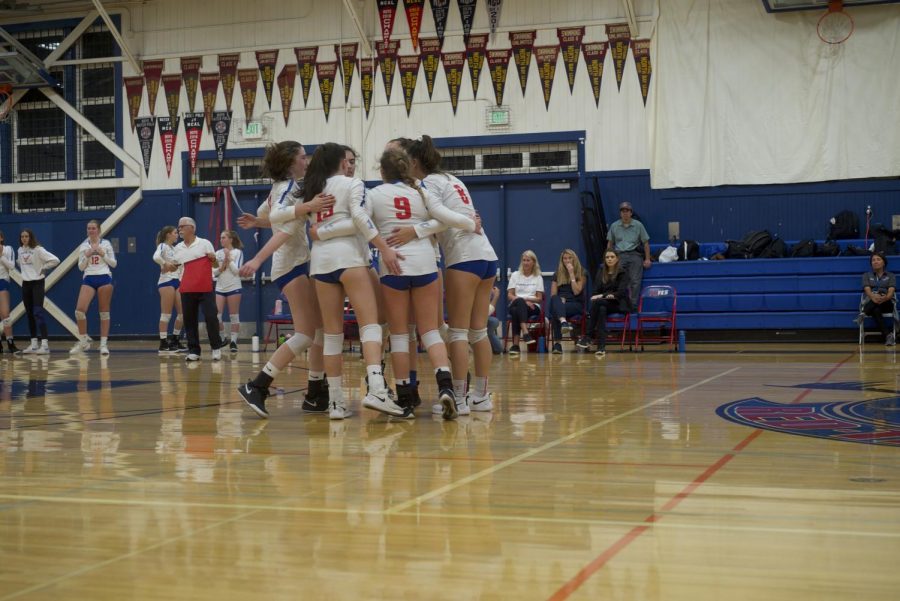 On Tuesday November 12, the Tamalpais High Girls varsity volleyball team beat Ripon Christian High School with an overwhelming 3-0 sweep in the first round of the California Interscholastic Federation (CIF) state playoffs. This was Tam Volleyball’s first ever CIF state playoff game and the team showed that they clearly belong in the tournament. Each set was competitive to start but Tam managed to pull away in each set, with the scores being 25-17, 25-13, and 25-15 respectively.

One of Tam’s Junior players,  Olivia Smith, led the way successfully completing 19 out of her 20 swings. Senior Layla Bakhshandeh had an ace to go along with six kills and 14 digs, and Junior Kayli Morris had six kills, 12 assists, and a block. Tam’s co-captain, Senior Ella Bricker added seven kills and two blocks.

Bricker credited the electric Tam student section with helping propel Tam to a win. “I think that we have been away so much, we had to manifest our own energy and to just have a whole crowd supporting us, it’s just a really proud moment for us and it feels really great to represent our school!” said Bricker. Morris shared this sentiment saying, “Tam volleyball in the past was never a very popular sport to go watch, having people come to the games and cheer us on means so much to our team. It makes us feel like the work we’ve put in this season is finally being appreciated.” Morris also talked about the team’s mentality going into the game saying, “We’ve been underdogs for so long and now we want to prove that Tam belongs in these state games. That motivation, along with our school’s support is what kept us playing strong throughout the match.”

Bricker also emphasized how closer relationships amongst the team off the court has contributed greatly to the team’s play on the court. “Volleyball is a sport where you have to have each others backs. Being supportive and being good teammates is crucial, so just having great relationships on and off the court and that translates into our game.”

With this win, the #5 seed Tam team will face the #13 seed Pierce High School here at Tam on Thursday, November 14. Riding high off of the big win, Tam will look to continue its momentum going Thursday’s matchup.