A day in Marin with no power 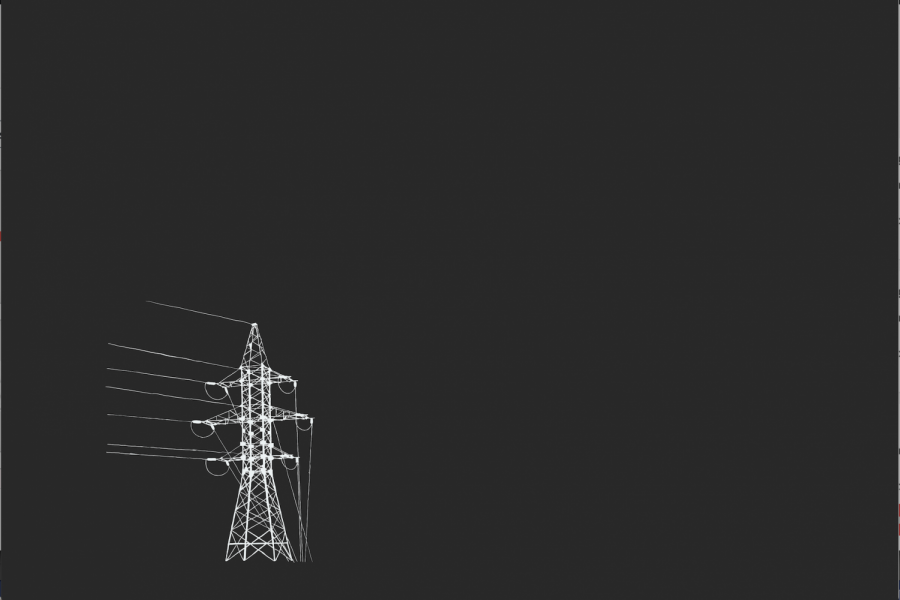 The power outage that lasted a week left Marin in a state of disorder.

On Saturday, October 26, an email was sent to all of Marin County, saying that PG&E was going to shut all power down at 4 p.m. that day, to prevent fires from potentially faulty outdated transmission lines, and that we should prepare for any and all power to remain off until at least Monday morning. This sent Marin and all of its overindulged and materialistic residents into a frenzy.

Sitting through an ACT test until approximately 1:30 p.m. and walking out to a stream of emails, texts, Snapchats, and Nextdoor’s calamitous and relentless posts was not my happiest moment. As the day went on, there were only more public warnings and email blasts, and even more dramatized and embroidered speculations from my friends who were overjoyed at the thought of school getting cancelled.

A time of great crisis calls for some good food. My dad and I sat down to eat at Lotus: Cuisine of India in San Rafael. Inside, Marin moms gossiped about the impending power outage as if it was the most distressing news anyone could’ve told them. Contrastingly, my dad and I were laughing at this crazy situation, mocking this “state of emergency” reaction. The emergency alert sounded when I was heaving a scoop of saag paneer onto my plate. The loud alert lit up the room, jogging a memory of the obnoxious sound of the commencement of the purge.

Purge or not, the restaurant was buzzing with hysteric and disgruntled parents alike, perturbed about what this would mean for their groceries and hot baths at home. Teens and pre-teens cursed their lord and savior for taking TikTok’s “For You” page away from them, enraged of the idea of having to live without any kind of stimuli for the next few days. I looked at my phone longingly, knowing that this power outage would limit my phone time immensely and I really wasn’t psyched.

On the way home, we drove past the Chevron gas station on Blithedale Avenue and and saw the masses of people lined up. Irritable and hazardous drivers were honking and yelling at one another, forging a chaotic scene. Both CVS and Rite Aid were out of ice, and the multitude of people running in and out of Whole Foods had a striking resemblance to those in the movie Bird Box, which was its own nail-biting and exaggerated ordeal.

I was feeling quite unconcerned with the whole thing, except my phone battery was at a discouragingly low 11 percent. I told myself I would watch TV until the very last second before lighting some candles around my room, and cozying up with a book I hadn’t opened in months. Everything would be just fine.

When the power actually went out, closer to 6 p.m., and I realized I didn’t have any internet service at my house, I found myself revoking the simplistic, media-free lifestyle I had come to terms with, and musing in the paradox of PG&E shutting down the power to prevent fires, leaving all of Marin to rely on candles, a much more conspicuous fire hazard, to light up their homes.

The night slipped away, and I went to bed at 8:30, attempting to catch up on my hundreds of hours of missed sleep. The next day I woke up and left my house in search of cell service. I made plans to go into the city and immerse myself into what felt like distant civilization, at least compared to the ghost town that was Mill Valley. All the lights that usually lit up the downtown Mill Valley area and perpetually winding roads were all out, leaving a foreboding and eerie feeling to our normally brightly lit town.

We were bumper to bumper in stopped traffic right after exiting the Golden Gate Bridge when the car indicated that there were 20 miles left in the tank. About 25 minutes later, my friend Chloe and I finally pulled into the line for one of the only gas stations that was in service, after passing at least four that were wrapped in yellow caution tape.

San Francisco was packed with people, and high schoolers were flocking in search of a wifi sanctuary to work on college applications with early action and early decision deadlines only days away. Within two days of the power outage, the city was ransacked. Marin had exhausted nearly all of the city’s resources like ice, flashlights, and gas, which was alarming. And the traffic only got worse throughout the week. It really was like an apocalypse, minus the dead people.

Since the day in Lotus, it had become easier and easier to loosen the grasp I had on my phone. I found myself becoming more and more aware of just how many hours I was logging on a screen and how much of the day was taken up by meaningless roaming and scrolling through social media. Even after the emails that there would be no power or school until Thursday, which by then I had come to miss, I was seemingly more captivated by my surroundings and found a sort of tranquility and peace with the quiet. I understood the privilege we have of living where we do, while observing how we as a society have such a profound reliance on electricity, wifi, and hot water to keep our homes and our lives up to standard.