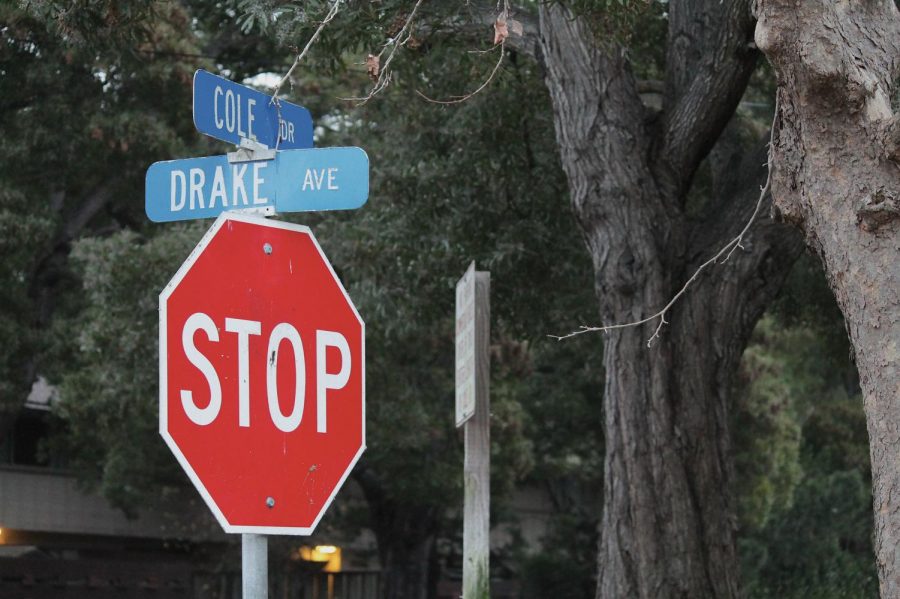 The Contra Costa Special Weapons and Tactics (SWAT) team conducted a raid in Marin City on Thursday, November 14, arresting two suspects in the Halloween shooting that killed five at a party in Orinda. The suspects, both recent graduates of Tam district high schools, were released three days following the raid without charges, due to a lack of evidence.

Marin City residents criticized the force of the raid, which began at approximately 6 a.m. when the SWAT team arrived in SUVs and armored cars and formed a barricade around the 200 block of Drake Avenue. This initiated a shelter in place for the majority of the morning for residents in the 200 and 100 blocks of Drake.

“I told them that I had to take the bus and they just made me stand there. While I’m looking at everybody coming out of their houses with handcuffs I just couldn’t do anything or say anything,” junior Nancy Hoang said.

In photos of the event, officers carrying out the raid were seen helmeted and equipped with full body armor. They harnessed protective shields and were accompanied by police dogs.

“I was scared. I didn’t understand what was going on and didn’t know how to deal with the situation,” eyewitness and sophomore Jenny Hernandez said.

Hoang described waking up at 6:25 a.m. to dogs barking and officers shouting orders through a megaphone.

“I heard a lot of people crying and yelling so I realized it was not just some fight. This is something really serious,” Hoang said.

SWAT officers allegedly directed their weapons toward residents numerous times during the raid.

“We had two students who had guns pulled on them,” wellness counselor Amber Allen-Pierson said. Both Hoang and Allen-Pierson said a black male student noticed a rifle’s laser sight dot on him when he tried to leave his house. The student described making very slow and subtle movements because he thought the wrong move could have meant the end of his life.

Marin County Sheriff Robert Doyale disputed this characterization of the use of their guns.

“When there are people around and you’re trying to get them out of the way it might appear as though weapons are being pointed at them, because the tactical officers are armed,” Doyale said.

Doyale reported that no one was hurt and no force was used against anyone other than the suspects during the raid.

Many eyewitnesses, however, found the actions and scale of the police force alarming.

“As a long-time Marin City resident, I was emotionally disturbed at how it was handled. Being a tight-knit community, it’s something that we’ve never experienced. I feel like it was used as a scare tactic on our community and our families,” Tam alumna Chaeta Baker said.

Officials disclosed little about what justified the arrest warrants and force of the raid, but Doyale referenced a Facebook post of the suspects posing with weapons similar to those used in the shooting.

Doyale also alleged that one of the suspects entered the party in Orinda with a weapon and said that officers in the raid found weapons in the possession of the two arrested individuals.

“There has never been any gangs or gang activity in Marin City, and to label our community as such is offensive,” Baker said.

In response to the multiple assertions by residents that gangs do not exist in Marin City, Doyale said, “If people don’t think there is any gang or organized activity in Marin City, then they’re just turning a blind eye to it.”

Additionally, the actions of the officers in the raid garnered criticism from the school district. Tam district superintendent Tara Taupier “reached out to me saying we traumatized children,” Doyale said. In response, he said, “I have been told that there were very few children in the area, because it was 7 in the morning.”

[Editorial: Media coverage of the raid failed to cover both sides of the story.]

In a press conference, officials reiterated that the tactics used in the raid were standard protocol, and their intent was not to cause trauma to those in the community. Doyale explained that the measures taken the morning of the arrest were typical in a raid.

“In police tactics, it’s best to … isolate the situation and surround and contain,” he said. “What do they want us to correct? I mean, it’s pretty simple. These were armed and dangerous people. Do they just expect us not to do anything? Did they expect us to maybe not contain the situation and put anyone else in the community in harm? If the community doesn’t like what we’ve done, they can provide a solution.”

Regardless of the fact that what happened was “standard protocol,” when students arrived at Tam the morning of the raid, many of them went to counseling in the wellness center, at which point counselors and wellness coordinators decided to close the center for the day to any students who were not residents of Marin City.

“There were eight to 12 kids in here riding the wave of emotions that come with having had such a traumatic experience,” Allen-Pierson said. “There were some jovial moments where we laughed and played some games to distract them, and there were times when a student or collectively the students wanted to process and talk about their individual experiences.”

“What really helped was Ms. Amber [Allen-Pierson] because she could understand what we were going through because she’s a big part of the community. So it was nice to have someone who understands,” Hoang said.

A week after the raid, the Students Organized Against Racism (SOAR) club held a meeting discussing the raid. During the meeting, students had the opportunity to share and discuss their experiences and feelings. Over 60 students attended, as opposed to the typical 20.

Alongside the students in SOAR, Allen-Pierson promoted the hashtags #NotInOurCounty and #ProtectMarinCity on social media. She refers to “our county” specifically because “there hasn’t been a lot of inclusivity of Marin City. I wanted to highlight that this happened in Marin County. Marin City is a part of Marin County even with all the differentiation in experiences. It is our community,” Allen-Pierson said.

Resources such as counseling for students exposed to the experience will continue to be provided by the school and Marin City.

“The stress continues. This situation isn’t over,” Allen-Pierson said.

The investigation into the Orinda shooting is still underway, and the suspects from Marin City remain free of any charges.