With no field lights, Friday night football games are a thing of dreams. Tam's neighbors' arguments against the installation of field lights are weak at best and it's time to kickstart the conversation. 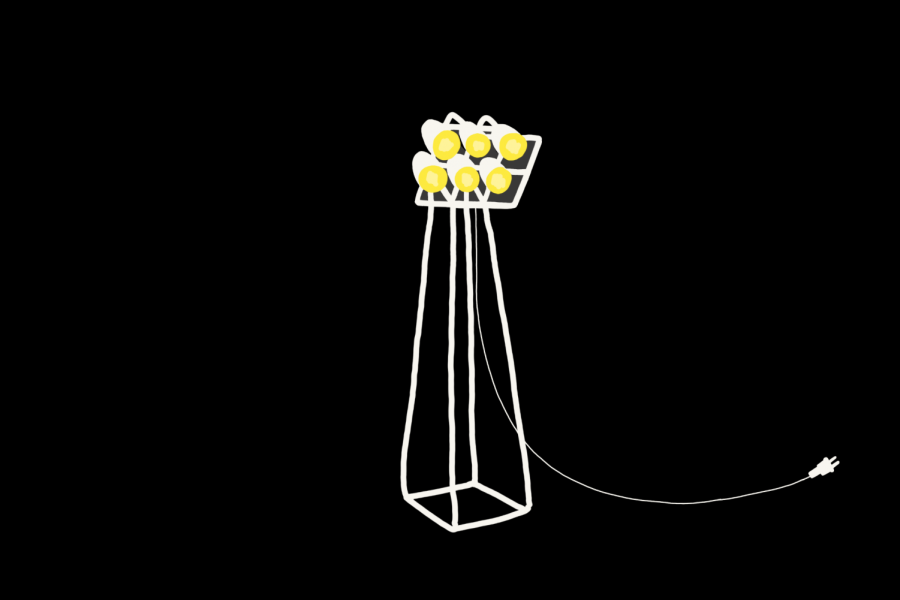 When thinking of high school football, many people tend to picture something similar to the show Friday Night Lights, a game under the bright lights with the whole community there to cheer on the team. However, in almost all of Marin County, this is not the case.

Football in Marin has swapped Friday nights for Saturday afternoons with little justification. Currently, the only lights in use at Tam for sports purposes are those used at the pool for water polo games, and temporary portable lights used at the football field for the very end of the season as well as the start of Tam soccer. These temporary lights may only be used for practices, and do not come very close to lighting up the entire field. This lack of permanent lighting eliminates any hope for Friday night games and forces the football and soccer teams to practice on a poorly lit field when seasons overlap, a safety hazard that both teams have to endure.

The arguments against putting field lights up at Tam has been the same for a long time. The neighbors do not want their views obstructed and do not want a bunch of rowdy teens hanging around campus late on weekend nights. The neighbor’s objections to lighting up the field are similar to the neighbors at San Marin High School who are fighting against their light installation. A neighborhood group called the Coalition to Save San Marin had San Marin’s new field lights shut off in October after filing a complaint with a Marin County judge, according to the Marin Independent Journal. But rowdy teens and high school activities are ramifications of living near a high school, and those who live near Tam are no more entitled to quiet nights than those who live near a freeway. If you were truly worried about teenagers and loud sports games around your house, or about light pollution slightly changing your view, why would you move right next to a large high school, or its large football field, in the first place? There is already plenty of light coming from Tam’s campus. Lights on the field won’t change things for any neighbors that much.

Putting lights up at the football field would not only allow for safer team practices at night, but it would also allow Tam teams more time to practice and improve. Additionally, having Friday night games under the lights could increase attendance and school spirit for many Tam teams such as soccer, field hockey, and lacrosse, as well as the football team with more exciting late-night games. Putting lights up at Tam is a no brainer. San Rafael and San Marin have already installed lights at their fields, and Tam should follow suit. Now we just have to convince the neighbors.