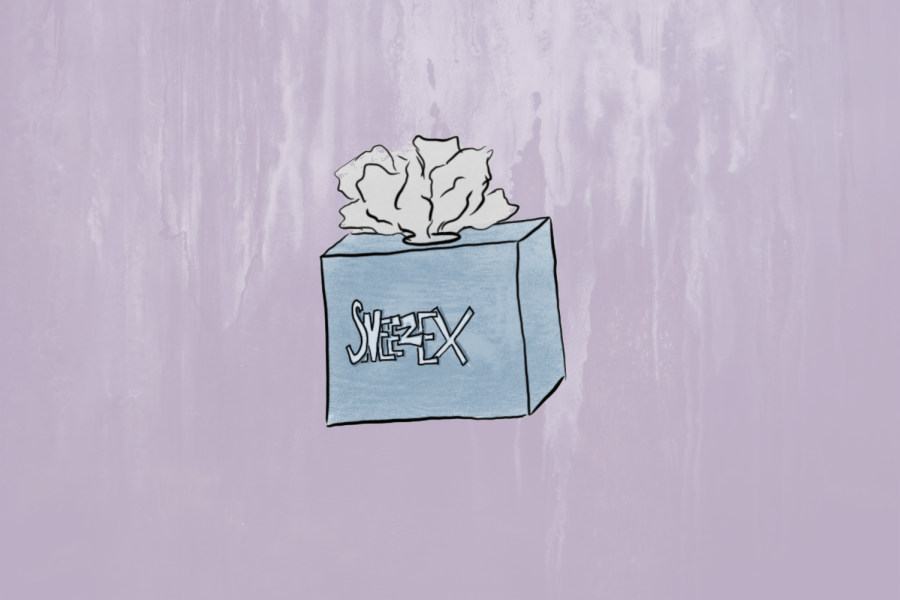 It’s officially winter in Mill Valley and it seems like everyone at Tam has some sort of cold. Dripping noses, sore throats, clogged sinuses, and seal-like coughs are filling hallways and classrooms. This season of sniffling brings out the worst in people, and you can’t trust anyone when it comes to keeping their colds to themselves. It feels as though it’s time for a refresher on the etiquette of being sick.

At a young age, we were all taught how to properly cover our mouth or nose while coughing and sneezing. It amazes me to see people who seem to have forgotten this and instead  cough into their hands or, even worse, don’t cover their mouths at all. What’s even more horrifying is when they notice your disgusted look and proceed to be even more over-the-top with their lack of manners. Sick people: the rest of us feel sorry that you can’t taste food or breathe through your nose. However, that does not give you the right to spray your germs across the table while you sneeze with your elbow miles away from you. At least take a tissue from that massive Kleenex box you brought from home and spare the rest of us from your contagious bug. But the coughers and sneezers don’t even hold a candle to the damage that serial nose-blowers can do.

As a person who suffers from allergies, I have complete empathy for those who have to blow their nose several times over the course of a class period. It is embarrassing to know that your peers can hear the snot soaring from your nostrils while the rest of the classroom is silent. However, there are ways to combat this. It doesn’t have to be a rollercoaster of getting up every two minutes to get a tissue, then sitting down in your chair, blowing your nose, and standing up again to throw the tissue away. And it’s even worse when people do that long enough, and then give up and start piling used tissues on their desk for all to see. There is the option for sick people to blow their nose somewhere else, or at the very least turn away from classmates while doing it.

While there really is no pleasant way to deny someone a sip from your water bottle, those who have succumbed to the sniffles should not be asking to imprint their saliva on someone else’s personal property. This etiquette applies even if they are red in the face and wheezing uncontrollably, with tears brimming at the edge of their eyes. Those who bring water bottles to school during the cold season are forced to make split-second decisions that can seriously impact relationships with their peers. Some people get personally insulted when they are turned down from sharing water, even if they are obviously sick. That being said, it might be in your best interest to turn the tables and say that you’re sick to anyone who asks for a drink of water.

While the Tam student body is suffering from either sickness itself or having to interact with sick people, there is one other group that can be blamed for this epidemic: parents. It is logical that students who are sick should not be forced to attend school, where they both jeopardize the health of other students by tracking their germs onto campus and further damage their own health by exposing themselves to others. However, some parents seem to overlook the health of their child for academic purposes, worrying that their student will fall behind if they miss classes. The logic behind this argument is beyond me, because when a teenager is at school while suffering from a cold, they will not be focusing on how to factor quadratics, but instead on the fact that they cannot take a full breath of air without coughing. Two wonderful things called tutorial and gmail exist for students who miss a few days of class.

It isn’t ideal to have a campus full of sick high schoolers who can’t behave correctly, even though it isn’t all their fault. We all get sick sometimes—it’s unavoidable. If we all vow to be more conscious of how our actions when we are sick affect those around us, we can make Tam a better place for everyone, a place where you don’t get snotty tissues practically shoved in your face all day long.